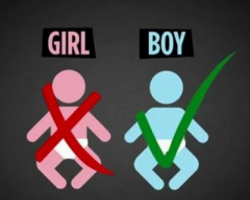 It’s a sad day in America when leading civil rights groups take a stand on the side of gendercide and blatant racism.

On May 29, the ACLU filed suit  on behalf of two civil rights groups to stop an Arizona pro-life law. The Arizona law, passed in 2011, is designed to prohibit doctors and abortion providers from performing abortions that they know are based on the gender or race of the child.

One could reasonably assume that all Americans – and civil rights groups in particular – would oppose targeting any human being for death based simply on her gender or race. Sadly, in the face of abortion, we can no longer make reasonable assumptions.  The left apparently believes that abortion on demand should be for any reason – no matter how outrageous or racists. t

Arizona’s law does not penalize women who seek abortions based on the gender or race of their child. It only penalizes the abortionists.  The only effect Arizona’s  law would have on women is to stop them from aborting their child based on the child’s gender or race, which sounds like justice, equality and civility – not discrimination.

Arizona, in pass the law, was doing something that the ACLU only claims to do – defending the civil rights of unprotected human beings.   Apparently the ACLU would prefer a free-for-all when it comes to terminating one’s own race.

A comment posted on the Huffington Post, below an article on the ACLU’s suit, sums up perfectly what supporters of abortion on demand truly believe:  “Snuffing out an unwanted fetus is a good thing”.

← A Sociopath
Obama’s Out To Silence Opposition on the Internet →