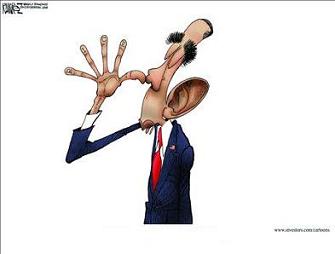 Under the pretense of immigration reform, the high-tech industry is using Amnesty (S744) to push for unlimited numbers of workers, resulting in more unemployment and lower wages for all of America’s workers – regardless of their origin.

Our economy has been stumbling along, hardly creating the number of jobs needed to keep up with population growth.  Twenty million Americans are unemployed.  How do these guys sleep at night?

According to Mark Thies, Professor Chemical Engineering at Clemson University, America’s students are starting to get it.  With 53% of recent college grads under employed or unemployed, they want a job, a good job, so they are moving in droves into engineering.  At Clemson alone, enrollment in engineering is up 60% in the last five years.

The job market is good but not great.  His students are getting job offers, primarily because baby-boomers are retiring, but salary offers have been flat since the recession began.  Groups as diverse as the National Institutes of Health, the Department of Energy and the Economic Policy Institute have all expressed concern about an over-supply of high-tech workers, which is reflected in the wage stagnation.

But we should not worry – the GANG of 8 has ridden to the rescue with their amnesty bill, determined to find an immigration problem that needs a solution.  The Gang, composed of 4 RINOS and 4 Liberals, has created a “bi-partisan” solution, together with corporate America, to eliminate the “problem” of America’s college graduates not being able to get jobs in Science, Technology, engineering, and Math (STEM).  In this lousy economy, these gangsters are proposing that every international student who earns a U.S. M.S. or Ph.D. in a STEM field be given automatic work permits.

The gangsters didn’t stop there – they are making it so that a Ph.D. in any field also gets a LIFETIME work permit with NO PREFERENCE for hiring an equally qualified American.   So much for solving the glut of unemployed American students.

Where is the data that supports the Gangsters supposed high-tech labor shortage?  No one but the gangsters and the corporate hacks can find it.  Computer Science professor Norman Matloff, an expert on this issue, has been looking for a shortage for years and can’t find one.  The EIP, the Wall Street Journal (April 23), and the New York Times (Feb. 7) can’t find one either.

The Bureau of Labor Statistics projects 2.5 million STEM job openings for 2010-2020, yet the number of these degrees to be earned by U.S. citizens and  permanent residents is projected to exceed that number by 1.6 million.  Hardly a shortage!

The amnesty bill is lathered up with giveaway –  33 million permanent work permits will be given out to non-citizens over the next decade.  That is like giving all of Canada permission to move here and get a job over the next ten years.  It’s far more than the 24 million immigrants that came through Ellis Island during its entire 1890-1950 period.

Friday, RINO, Gangster John McCain declared that the immigration (amnesty) bill needed to be passed in order to remove a “very huge stain on the conscience of the U.S. of America.”  What stain?  He also said that “anyone who has committed crimes in this country is going to be deported.”  Maybe he should read his own bill!   Section 2101 bars criminals from gaining legalization only when the individual has committed 3 or more misdemeanors . . . if the alien was convicted on different dates for each of the 3 offenses.

Wake Up America – the left is bent on the destruction of America’s economy, regardless of how many American lives they destroy.

I have several valid questions for the Gangsters in both Houses.    Who convinced you that America’s wages weren’t low enough and what we needed was an influx of low-wage illegal aliens competing for American jobs?  And, what stain are we suppose to remove from our conscience?  If McCain is spouting the radical  Latino lie that we stole their land – think again.  We did not steal land from Mexico – we bought it!