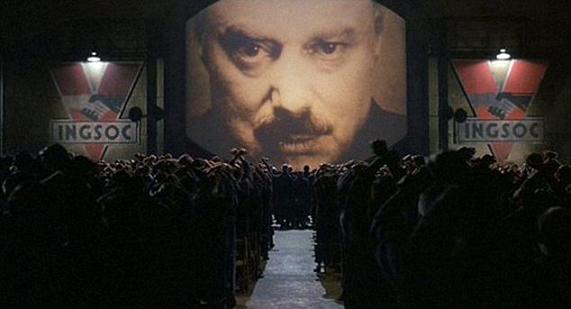 If it isn’t bad enough that the new “Smart HDTVs” can spy on you in your homes, cable has decided to up the ante.

Verizon filed a patent for a new cable television box – the DVR of the future –  that uses sensors to record what you’re doing and target you with specific advertisements that relate to your mood.  The paperwork was filed by Verizon in 2011, but the patent filings weren’t required to be released by the US Patent and Trademark Office for 18 months.

The set-top box would use a depth sensor, image sensor,  audio sensor and a thermal sensor to determine what those watching television are doing.  With this new cable box Verizon would be able to tell if the viewers are “eating, exercising, laughing, reading, sleeping, talking, singing, humming, cleaning or  engaging in any “other physical activity” during the presentation of the media content,” according to the patent.

The sensors would also be able to detect where someone is looking. If the viewer is watching a certain ad, Verizon might use that as an indicator to play similar ads in the future.  The detection facility would in some cases be able to identify animals (such as dogs, cats, and birds), retail products with brand images or words (such as a bag of chips or a soft drink), furniture and decorations. Verizon would then stream ads that would correspond to the viewer’s style or interests.

It could even be used to determine the physical  characteristics of the viewers present, including skin colour, giving it the  disturbing potential to select which adverts to play based on racial profiling.

Verizon officials declined to comment on the patent when questioned by the media source FierceCable, but released a statement to CBS Radio about the issue of privacy.  “Verizon has a well-established track record of respecting its customers’ privacy and protecting their personal information. As a company that prizes innovation, Verizon takes pride in its innovators whose work is represented in our patents and patent applications. While we do not comment on pending patent applications, such futuristic patent filings by innovators are routine, and whatever we might do in the future would be in line with our well-established track record of respecting our customers’ privacy and protecting their personal information.”

Now that’s funny.  Who are they protecting our privacy and personal information from?  Certainly not themselves or anyone they are willing to sell the information to.

Comcast patented similar monitoring technology in 2008 with different camera technologies built into the device that would  recommend content to users based on people it recognized in the room.  Intel is looking at a cable set-top that would rely on facial-recognition  technology to target advertising to viewers. It  would be able to use facial-recognition technology to determine the gender of a  viewer, or whether adults or children are viewing content.  According to their patent, the main point of the system is to identify audio with a TV broadcast and compare it to the appropriate reference material for identification.

Google has also filed a patent for an interactive TV that includes “an image capture device (e.g. digital camera, video recorder, etc.) which could be used to measure how many viewers are watching or listening to a broadcast.”

According to Microsoft their  new Xbox One Kinect 2.0 will determine how responsive you are and personalized your Xbox One just for you and your family during setup but will not be able to spy on your conversations nor record or upload them.   But, according to Germany’s Federal Data Protection Commissioner Peter Schaar the  Xbox continuously records all sorts of  personal information such as reaction rates, learning or emotional states of the user on a remote server, over which the user has no control.  Isn’t that a form of spying?  What will they do with that information?  Or better yet – who will they sell that information to?

Doesn’t this echo of George Orwell’s dystopia 1984,  where the population were constantly watched by authorities through cameras  integrated in their television screens.

While none of this technology has been deployed, that we know of, Rep Michael Capuano D-MA and  Congressman Walter Jones R-NC has introduced a new bill – “We Are Watching You Act of 2013”  that would require companies to “explicitly” ask consumers for permission to store their data, inform the user how the data is collected and who will see it after it is collected.  If the user declines to allow the device to record and share data the company would have to offer a new service that is the same as the existing one save for its ability to record.