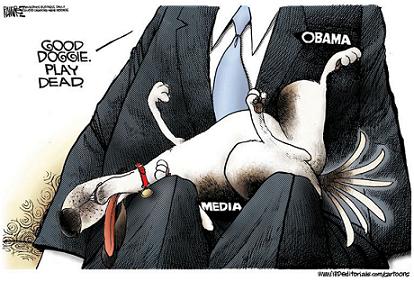 “The Republic’s in trouble, we (journalist) lie about everything, lying has become the staple.”

Seymour Hersh, a Pulitzer Prize journalist, the nemesis of US presidents since the 1960s is now lashing out in a Guardian interview   about the timidity of the lap-dog media and their failure to challenge Obama.

“The Obama administration lies systematically, yet none of the leviathans of American media, TV networks or big print titles, challenge him.  It’s pathetic, they are more than obsequious, they are afraid to pick on this guy.  It used to when you were in a situation when something very dramatic happened, the president and the minions around the president had control of the narrative, you would pretty much know they would do the best they could to tell the story straight.  Now that doesn’t happen anymore.  Now they take advantage of something like that and they work out how to reelect the president.”

As to the Obama narrative of the killing of bin Laden, Hersh says “it is one big lie, not one world of it is true.”  In a recent report put out by an independent Pakistani commission about life in the Abottabad compound in which bin Laden was holed up would not stand up to scrutiny.  “The Pakistanis put out a report, don’t get me going on it.  Let’s put it this way, it was done with considerable American input.  It’s a bullsh*t report.”

The raid that supposedly led to bin Laden’s death has been shrouded in mystery for over two years.  Speculation is that Obama may have “embellished or outright lied” .  And even though Obama said bin Laden was immediately “buried at sea” in line with Islamic tradition,  numerous analysts claim that bin Laden was in fact dead two years prior to the raid and that the raid itself was little more than a stunt to boost Obama’s legacy.

The narrative and timeline of the raid has changed numerous times to cover up inconsistencies in the official line.  While the  White House initially claimed that photos of Obama in the situation room showed him  watching the raid in real-time, there was in fact, a blackout on the live feed.  And what about the people living around bin Laden’s supposed compound that claimed they never saw him and knew of no evidence to suggest that he ever lived there.

Hersh said that the confidence of the drive-by media to challenge the US government collapsed post 9/11, but he is still adamant that Obama is far worse than Bush. “How does Obama get away with the drone program, why aren’t we doing more?  How does he justify it?  What’s the intelligence?  Why don’t we find out how good or bad this policy is?  Why do newspaper constantly cite the two or three groups that monitor drone killings.  Why don’t we do our own work?  Our job is to do beyond the debate and find out who’s right who’s wrong about issues.”

His solution to the current pathetic lap-dog press –  “get rid of 90% of the editors that now exist and start promoting editors that you can’t control. I would close down the news bureaus of the networks and start all over, tabula rasa.  The majors – NBCs, ABCs, they won’t like this – just do something different, do something that gets people mad at you, that’s what we’re supposed to be doing.”

← Electroshock Cuffs More Powerful Than Tasers
Being Conned Into Socialism →