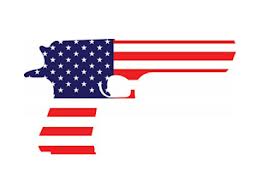 “Don’t tell me that gun control is always progressive and that all good results come from it, and that government of all kind should always be trusted, or that guns should only be in the hands of the police or military.  All of those clichés, I think, are refuted by history.  I think history supports our traditional Second Amendment rights in the United States.”  Stephen Halbrook, author of  Gun Control in the Third Reich: Disarming the Jews  and Enemies of the State

This year’s election will decide whether we stop the Obama-Biden-Bloomberg- United Nations gun ban machine and save the Second Amendment.

Obama is on the verge of putting together an unbeatable, winner-take-all campaign  in his drive to “transform”  America through the destruction of our  Constitution.   At a lavish fundraising dinner in New York City just last year, Michelle Obama  asked anti-gun donors to write a “big old fat check” to help elect democratic Senators to pass anti-gun legislation and ratify the United Nation’s Small Arms Treaty.

By winning just a handful of Senate and House seats in November’s elections, Obama could effectively wield all the levers of federal power – executive, legislative and judicial – to gut the 2nd Amendment that enables us to protect our families and defend our freedom.

During his first term Obama kept his hatred of the 2nd Amendment to himself.  He assured voters in his first campaign and again during his reelection campaign  that no one was out to take away their guns.     Once he won reelection, the gloves came off.

Obama has exploited one tragedy after another to deceive and frighten Americans about firearms and to call for a variety of anti-gun legislation.   He has been holding weekly meetings at the White House with all the major plays of the gun-ban lobby, plotting their strategy.   What they can’t win through legislation, Obama has been imposing through executive orders, and regulations.

Bloomberg and Soros are doing their part by spending millions to hire municipal employees to lobby for his organization, Mayor’s Against Illegal Guns.   Both Bloomberg and Soros are funding the Joyce Foundation on whose Board Obama once set, and the Tides Foundation to distribute money to far-left organizations such as Media Matters, Center for American Progress, Progress Now and New Venture Fund to push gun control.  Bloomberg funded his own political action committee to work to elect anti-gun politicians in state houses and Congress and defeat any politician who supports the 2nd Amendment.

Gun Control advocates in the Senate have gone so far as to change the rules that have governed the Senate for more than 200 years to give them limitless power to approve Obama’s  far-left judicial and regulatory nominees.   Those judges and bureaucrats, once approved, will be free to issue verdicts, set precedents, and make up their own rules to cut the heart out of our right to keep and bear arms, even decades after Obama leaves office.

In terms of the federal judiciary alone, at immediate stake are three judicial appointees to the 11 seat U.S. Court of Appeals for the District of Columbia, the second most powerful court in the land, which understudies the U.S. Supreme Court.   Beyond that there are additionally at least 100 federal judicial vacancies across the nation.  And that doesn’t count powerful administrative law judges in federal agencies.

There are thousands of federal bureaucrats subject to  Senate confirmation who could have untold adverse impact on our rights: ranging from the head of the Bureau of Alcohol, Tobacco, Firearms and Explosives, to officials of the EPA, the Department of Interior, the Department of State, Health and Human Services, and the Department of Homeland Security.

Having reinvented Senate rules the next step will go to lawmaking.  And Obama, which stands to gain from the Senate’s continued self-emasculation, is already spinning  his message in that direction.  Referring to the Senate’s historic role as envisioned by our Founding Fathers, Obama has complained that that “we’ve seen an unprecedented pattern of obstruction in Congress that’s prevented too much of the American people’s business from getting done.”

Key among Obama’s people’s business is gun control.  He says that Senate rules have “been used to block common-sense and widely supported steps to protect more Americans from gun violence, even as families of victims sat in the Senate chamber and watched.”

Obama and his allies are consolidating power.  They’re short-circuiting the Constitution’s checks and balances.  They’re abusing their authority to wage a full frontal attack on our freedoms.  And their primary weapon in that campaign – LIES.

The left wants us to give up traditional  American values, values we were taught at home and once even in government schools  –    Individual rights, personal responsibility, faith, traditional family values, pride in our country and the freedoms enshrined in our Constitution.    They are trying to shame, ridicule and stigmatize our beliefs and our values hoping to make us more passive, more dependent upon government and in the end, less free.    And they’re more than willing to lie to do it.

The truth is what they fear the most – The truth that firearms save lives.   All too often the only thing that stops a bad guy with a gun is a good guy with a gun.  Police know it.  Criminals know it.  You see proof of it every day in the news.

Your firearms and freedoms have never been in greater danger, or needed you more to stand and fight to protect them.   Unless every gun owner in America gets involved and fights for the truth, the lies will prevail – Obama will win – and your freedom will lose.

“Brace yourself for a tough year, because 2014 could be remembered as the turning point in the loss of your Second Amendment rights.”  Wayne LaPierre, NRA Ex. VP

← Doubling Tax Subsidy for the Poor
Send In The Clown →