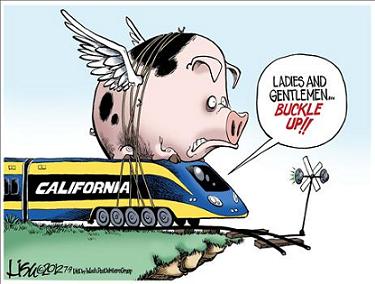 Speaking at a Conference on Energy and the Environment at Georgetown University, EPA propagandist Gina McCarthy insisted that global warming is an “over whelming” major area of concern for Americans. She’s right but not for the reasons she and the big green machine attempt to spin it.

McCarthy and the rest of the left leaning Obamanites are thrilled at how easy it was to turn California to the dark side.  As a matter of fact, her June 2014, 128 page carbon rule for the whole country leans heavily on the “success” of California in “reducing greenhouse gas emissions and having a growing economy while simultaneously relying on solar and wind power.”

Really? California? Is she serious? Once the land of great opportunity, we now have two Californias, the Hollywood ubber-rich on the coast and the inland poor. Currently, over 11 million Californians are eligible for utility bill assistance.  With more kids in poverty than Nebraska has people, California is ranked 40th for children’s well-being. This is what the EPA wants for the rest of us?

Residential electric rates at 40% above the US average, have quadrupled under the green energy banner. By 2020, the Pacific Research Institute found that the RPS will impose “an implicit tax of 27% and the Energy and Environmental Economics says that electric prices could rise nearly 50% by 2030. Their reliance on green energy requires the state to import more electricity from their neighbors than Massachusetts and New Jersey generate combined. And even with all the solar and wind, total state power consumption, including imports, is up 20% since 2000 alone, even amid the worst economic time since the Great Depression.

Under leftist rule, gasoline tax is 67 cents per gallon forcing gas prices above $4.00. They have the 3rd highest state income tax in the nation in part because of their subsidizing green energy. Unemployment in September, 2014 was 12.4%, the equivalent to the population of Nevada, New Hampshire and Vermont combined. California’s unfunded-pension liability is somewhere between $120 and $500 billion. More Americans are moving out each year than are moving into the state.  20% of the residents of L.A. County are on public aid, housing prices all over the state are falling as crime is on the upswing. Leftist government, green energy, budget cuts, rampant illegal alien population and some of the most brutal tax rates in the U.S. are killing the state. And for what?

In an open letter to the Hammer Forum, a discussion venue at the University of California, Los Angeles, John Coleman refuted the EPA/Obama/UN/Big Green Machine global warming scam. Coleman wrote in part.

“At your October 23 Forum…..scheduled as your only speakers two people who continue to present the failed science as though it is the final and complete story…..This is a major mistake. It is important to have those who attend know that there is no climate crisis. There is no significant man-made global warming at this time, there has been none in the past and there is no reason to fear any in the future. Efforts to prove the theory that carbon dioxide is a significant ‘greenhouse’ gas and pollutant causing significant warming or weather effects have failed. There has been no warming over 18 years……there is no climate crisis. The ocean is not rising significantly. The polar ice is increasing, not melting…Polar Bears are increasing in number. Heat waves have actually diminished, not increased. There is not an uptick in the number or strength of storms (in fact storms are diminishing). I have studied this topic seriously for years. It has become a political and environment agenda item, but the science is not valid… “

Princeton University scientist William Happer grees with Coleman, according to The Express of London. “No chemical compound in the atmosphere has a worse reputation than CO2, thanks to the single-minded demonization of this natural and essential atmospheric gas by advocates of government control and energy production. The incredible list of supposed horrors that increasing carbon dioxide will bring the world is pure belief disguised as science.”