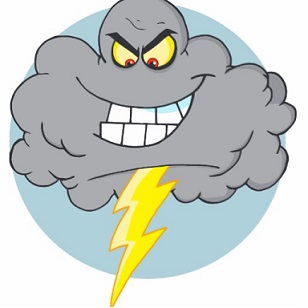 The United States Army has finally stepped up to the plate to show their resolve in protecting us from the world’s greatest threat – the weather.

Even as they face deep cuts in their ranks, even though they testified at a recent congressional budget hearing that they are unable to fight a major war because of years of funding cuts,  the U.S. Army wants you to know that they are still on the job protecting us, not from terrorist because as Obama tells us, they’re just misunderstood not-Islamic Muslims, but from the wrath of mother nature.  Apparently, without our knowledge mother nature has been building an army to take us out. Who knew?

Who knew the weather could be more dangerous than ISIS, or al-Qaeda, or Hamas, or the Muslim Brotherhood?  Who knew we could ignore the growing military build-up of enemies like North Korean, China, Iran and Russia?

Bravely stepping forward in a special message to the troops on Earth Day, Army Command instructed all soldiers to be strong, to “engage the present” and “chart the future” as they embrace Obama’s climate scam just like they did transsexuals and homosexuals in the foxhole.

So the next time you see an army of angry clouds advancing, just know that the U.S. Army is there to protect you unless, of course,  they run out of algae gas or green bullets.

Obama’s military is more than willing to let our enemies destroy us based on perhaps the largest, most expensive and lethal scam in American history.  A scam that our government spends $22 billion a year financing.  Think about that: $22 billion a year or, to break it down to real numbers,  $41,856 every minute of taxpayer money flushed down the drain, all to line the pockets of a few left-wing elites like Big Al Gore.