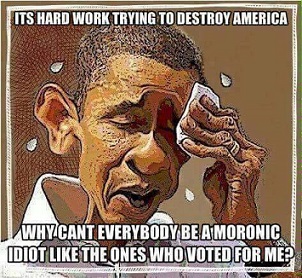 Congress shall make no law respecting the establishment of religion, or prohibiting the free exercise thereof; or abridging the freedom of speech, or of press, or the right of the people peaceably to assemble, and to petition the Government for a redress of grievances.

Federal regulators are once again contemplating a means to muzzle American citizens, especially if those citizens are Christian, Conservative or belong to one or more patriot groups. Their reasoning? The same old crap we’ve heard since Obama took office – social media has become far too influential and it might actually spread to traditional media, a fact I seriously doubt. When Hell Freezes Over comes to mind.

FEC Commissioner Democrat Ellen Weintraub, along with other left-wing democrats on the commission, attempted to apply campaign finance laws, traditionally intended to govern paid political advertisements, to unpaid political Twitter accounts in February, as “reasonable” since the “ Twitterverse has carved out for itself a unique and increasingly important role in American elections and political debate.”  Thankfully their efforts failed in a 3-3 split along party lines. Had this backdoor attempt to silence voters not failed, it would have provided a “gateway” for the thought police to apply even more pressure to social media platforms like Facebook, Instagram, Snapchat and even something as far left as the New York Times comment boards.

The FEC is joined in its assault on the First Amendment by the FCC whose Republican Commissioner Ajit Pai says, along with Obama’s abuse of regulatory powers, shows a broad skepticism of free speech in this administration.   As only one of two Republicans on the FCC Board, Pai has limited power to thwart the thought police. However he has amplified the voices of critics who say the agencies have exceeded their congressional mandate. What you say, a federal agency exceeding its congressional mandate? That could never happen under Obama’s reign! Really? It was only last year that the FCC’s “net neutrality” order stripped Internet Service Providers of their First Amendment protections.

It was only four years ago, during Obama’s reelection campaign, that former Speaker Nancy Pelosi backed progressives in Congress that wanted to amend the Constitution to regulate corporate political speech. They were angry because a 2010 Supreme Court decision said the First Amendment protected the right of free speech for corporations as well as individuals and that corporations, including those that produced newspapers, films and books, had a right to speak about politics, or politicians and their records just as the rest of the peons. That decision really riled the left!

And let’s not forget the 2014 FCC planned to send government contractors into the nation’s newsrooms to determine whether journalists were producing articles, television reports, Internet content, and commentary that “met” the public’s “critical information needs.” Those “needs,” of course, would be defined by the left-wingnuts in charge and anyone that didn’t comply would face an uncertain future.  The initiative, known as the CIN [sin] Study was never put to a vote at the FCC according to Pai, who made it his business to inform the public.   Once this attack on the First Amendment reached the public realm, the left went into overdrive to explain it as necessary to “meeting the needs of those in varied and vibrant communities of our nation, be they native-born, immigrant, disabled, non-English speaking, low-income or other.”

In other words, Obama wanted to make certain that his agenda on health, education, transportation, the economy, the debt, the environment, welfare, housing, the United Nations, trade treaties, amnesty, jobs, etc. would only be reported with a leftist tilt,  blocking all dissent or discussion, or ELSE.

When Obama came to power he promised to “fundamentally transform” the country, and he wasn’t referring to just spreading the wealth around or conforming our foreign-trade regulations to the dictates of globalist busybodies. He began working openly and covertly, through administrative regulations and supremacist judges’ decisions, to change us into a sanitized secular nation.

religious principles.  The truth is Obama doesn’t want any expression of religious faith in any public place, including buildings or schools or events, unless it Islam.  He is determined to redefine the First Amendment from “free exercise” to “freedom of worship,” which means you would only be able to go inside your church, shut and perhaps lock the doors, and say a prayer where no one else can hear you.

When he appointed Mike Weinstein as his new “religious tolerance” consultant to the Pentagon in 2013, he thumbed his nose at a long standing tradition in the U.S. military. Weinstein believes that Christian military members who openly discuss their faith should be charged with treason, a crime punishable by death according to military law. He is quoted as saying that “we face incredibly well-funded gangs of fundamentalist Christian monsters who terrorize their fellow Americans by forcing their weaponized [sic] and twisted version of Christianity upon their helpless subordinates in our nation’s armed forces.” Just the kind of person you want to “promote” religious tolerance.

When John Fleming, R-LA, offered an amendment to the 2013 defense bill that would force the military to continue to accommodate actions and speech reflecting the conscience, moral, principles and religious beliefs of military members, Obama announced that he “strongly objected” since it “ would have an adverse effect,” to what I might add is his attempts to destabilization and demoralize America’s military, our only protection against Islam and other enemies.

The assault on our rights and freedoms will not end when Obama leaves office. The left is determined to destroy the Constitution and our way of life.  Of course, as a Christian, I read the back of the book and guess what?  We win!

“The First Amendment is often inconvenient. But that is beside the point. Inconvenience does not absolve the government of its obligation to tolerate speech.” Anthony Kennedy