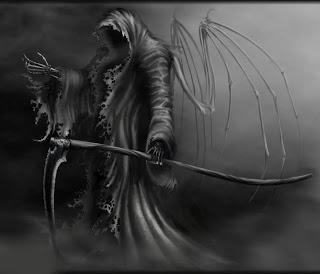 Embracing murder, Christiana Figueres, Ex. Secretary of the U.N. Framework Convention on Climate Change, has decided that in order to stop the weather,  they need to terminate the majority of the earth’s population. Apparently earth called her and said ”you guys have reached the maximum that I can handle, take’m out.”

I’d really be impressed if it wasn’t for the fact that just a few months ago she said that the whole climate change scam was about killing capitalism, an agenda that the Big O has been working on for over seven years.  But that might not have the desired consequences.  If capitalism dies, it doesn’t necessarily follow that socialism will be the alternative. Most of Europe and South America played with socialism and failed. That would leave only barbarism, a breakdown not only of the economy but of an entire civilization. Are we really ready for that? The United Nations hopes we are so they can step in and save us from ourselves.

Population control (eugenics) and the global warming movement are similar in many respects. Both ideas were introduced by faux scientists, promoted by left-wing politicians, popularized by the lap-dog media, and embraced as a moral necessity to save the earth.  Eugenics, once called a science, promoted selective breeding and forced sterilization of the peons, both black and white.  Hitler carried the movement to its logical conclusion when he murdered millions in a scheme to create a perfect race.  Global warming or the climate change scam, when carried to its logical conclusion, will kill far more than eugenicists every dreamed of killing, by denying the peons access to affordable energy, food, housing and medical care.

The world’s elite are salivating over the prospects of taking America’s wealth and destroying our sovereignty under the false pretense of saving the planet.  What’s a few deaths for the “greater good.”  Just ask leftwing nuts like Figueres who once said that she favors a Chinese style communist dictatorship over America’s constitutional government.   Naturally communist China would be to her liking since they enforce abortions, infanticide, compulsory sterilization and when needed, have no qualms in killing off a few million of their subjects.

Linking environmental policy to depopulation agendas throws the eugenics door wide open.  And it should be no surprise that through those doors have come hordes of elitist filth just begging to be on the front line of the extermination policy.  Cher Ruskin, the U.N. Overpopulation Czar has said that “citizens who are likely to bear children with genetic disorders should be barred from reproducing. . . Jews, Blacks, hemophiliacs, albinos, ADD sufferers, people too short or too tall or too fat, alcoholics, drug addicts, and other persons whose offspring are likely to be a drain on society should be neutered by coercion.”

The UK based public policy group Optimum Population Trust (OPT) once urged the world’s wealth elite to participate in carbon offsets that fund programs for killing off the population of developed nations, for the good of the planet, of course.  One of their published reports announced that children were “bad for the planet” and “having large families should be frowned upon as an environmental misdemeanor in the same manner as frequent long-haul flights, driving cars and failing to reuse plastic bags.”

In addition to his dramatic push for the world to kill their children Obama  established the President’s Global Development Council by executive order that included 12 “experts” to advise USAID on all aspects of “global development.”   Of course at least nine of those “experts” were associated with organizations that promote reproductive rights and population control.  To get a gest of Obama’s priorities, the budget for his Council for 2013 was $530 million which was more than the combined budgets for tuberculosis, public health threats, pandemic influenza, vulnerable children, and nutrition.

While you may think that the idea of murdering a large majority of the earth’s population would never be accepted by the general public, look around you.  Group think has replaced common sense.  As a society we’ve embraced the murder of unborn children, and doctor assisted suicide [murder] of anyone that wants to die, for any reason.    This Culture of Death that has permeated our world is wrong, just as it is wrong for us, as a society, to stand idly by and allow it to continue.