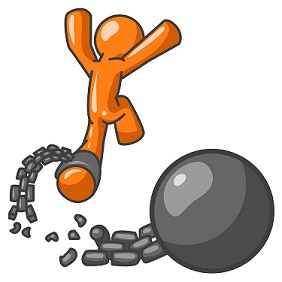 Johann von Goethe once wrote, “None are more hopelessly enslaved than those who falsely believe they are free.” Goethe’s statement perfectly captures the plight of the American people in our time. That’s one of the principal challenges that we libertarians face, for if people are convinced they’re free, they have no incentive to break free of their servitude. Even worse, they express gratitude for it, for example, by praising the troops for “defending our freedom” and being proud that “I’m an American because at least I know I’m free.”

How do Americans acquire such a mindset?  The primary vehicle is public (i.e., government) schooling, a system where most children are educated by the state from the time they are 6 years old through graduation at 18. Every day for 12 years, students are inculcated with the mindset that they live in a free country, beginning with the morning Pledge of Allegiance, which few of them realize was crafted by a socialist and that reminds them that America is one nation with liberty for all.

That’s not to say, of course, that students at private schools don’t receive the same type of training. Given that many administrators and schoolteachers in private schools are as convinced of how free they are as their counterparts in the government’s schools, they inevitably inculcate that mindset into their students. Moreover, don’t forget that in this land of “freedom,” private schools must receive a license from the state to operate. They know that if they don’t please the state with what they’re teaching their students, the license can be yanked at any time.
By the time they graduate from high school, students’ minds have been duly molded. They “know” they live in a free country, and they “know” that America has a free-enterprise economic system. They carry that mindset into adulthood and later inculcate their children with it.   If one is inculcated with the notion that he is free from the time he’s a young child, then as he grows into adulthood he naturally is going to assume that the way of life in which he has been born and raised is freedom.

For libertarians freedom also requires three more vitally important things, things that separate us from statists. Those three things involve America’s economic system, the government’s control over peaceful behavior (e.g., the war on drugs), and the national-security state that has been grafted onto our constitutional order. The reality is that we are living in what is commonly called a welfare state, a regulated controlled economy and a corporatist system.

For all practical purposes, the government owns everyone’s income and decides how much each person is going to be permitted to keep. That’s what the power to set income-tax rates is all about. The government might be kind and permit people to keep more of their money or it might be not so kind and let them keep less. But make no mistake about it: the government has the power to make the decision.   Under the welfare state, the government takes money from those who produce it and distributes it to those who the government feels need it more. The recipients of welfare include poor people, seniors, doctors, farmers, students, foreign dictators, and countless others.

Inevitably the recipients also include big businesses and big corporations. That’s what corporatism is all about — a system in which the money of people in the private sector is taken from them by the IRS so that it can be given to big corporations and businesses, including those on Wall Street. In fact the whole system has essentially evolved into a gigantic racket in which those who are politically privileged and powerful are the biggest recipients of welfare-state largess.

The welfare state is justified as a way to force Americans to be good, caring, and compassionate. Americans would never donate their money to others if they weren’t forced to, the argument goes, and so the federal government must coerce them into sharing their money with the needy. And right there is the rub. If a person is being coerced into being good, caring, and compassionate, how is that reconcilable with freedom? Doesn’t freedom entail the right to say no when people ask for money?

Moreover, libertarians know that  freedom does in fact work. We know that a free-market way of life generates ever-growing prosperity that raises the standard of living for everyone in that society. Equally important, we know that when people are free, most of them will exercise that freedom by helping others when others need help. Again, however, we would never force them to do so, even if they all turned their backs on their fellow man. For libertarians, freedom cannot be destroyed just because people choose to exercise their freedom in ways of which everyone else disapproves.   Freedom necessarily entails engaging in any economic enterprise without governmental interference. That’s what the term “free enterprise” actually means — enterprise that is free from government control or regulation.

Another major area of infringement on liberty is control over peaceful behavior. Obviously, that encompasses economic activity, but it also covers a large portion of our lives that isn’t commonly considered strictly economic. I’m referring to such things as illegal drug use, gambling, prostitution, and other peaceful conduct that many people find sinful, irresponsible, or destructive and which is illegal.   We don’t put people into jail for alcoholism or for tobacco addiction or even for selling liquor and tobacco. We recognize that as bad as those things are, freedom entails the right to use them. Libertarians understand that that principle applies across the board to all other drugs.

Every one of us has been born and raised under the national-security-state way of life. It consists largely of the NSA, the CIA, and a vast military empire, one whose web of military contractors extends throughout society and whose bases extend throughout the world. Since we’ve all experienced this way of life, most Americans, naturally enough, are absolutely convinced that it is a necessary and essential part of a free society.    Nothing could be further from the truth.

Consider the fact that we now live in a country in which the president, the military, and the CIA wield the omnipotent legal authority to take any American they want into custody as a suspected “terrorist,” cart him away to a military dungeon or concentration camp, torture him, and even execute him after some sort of kangaroo military tribunal. If they don’t want to go to all that trouble, they can now simply assassinate the American, without due process of law or trial by jury.  That’s as far from a free society as one can get. That sort of authority is inherent in dictatorial regimes, not free societies. That’s why the Framers refused to authorize such powers in the Constitution. That’s why our American ancestors gave us the Bill of Rights, which expressly prohibits such misuses of power. That’s why Americans lived without that type of governmental apparatus for more than 150 years.

So how did the national-security state come into existence? It was grafted onto our constitutional order after the Second World War, without a constitutional amendment, when U.S. officials proclaimed it was necessary to protect America from its World War II ally, the Soviet Union. The notion was that without that apparatus, America would fall to the communists.  It was all nonsense.  The notion that America needed to adopt totalitarian methods to protect itself from communism was a repudiation of the principles of freedom that America was supposed to be standing for. Americans should have been opposing communism with freedom, not with a government apparatus that mirrored the governmental apparatuses in communist countries.

As we all know, the Cold War is over. But the national-security state has remained in existence, this time to protect us not from communists but from “terrorists.” The problem, however, is that it’s the national-security state’s own policies that have produced the very terrorist threat that U.S. officials say justifies the continuation of the national-security state apparatus.  Through their invasions, occupations, foreign aid, coups, support of dictatorships, regime-change operations, sanctions, embargoes, bombings, assassinations, kidnappings, rendition, torture, indefinite incarceration, and involvement in foreign disputes, U.S. officials have succeeded in generating the anger and hatred that produce the threat of anti-America terrorism.  The terrorist threat has then enabled the national-security state to impose ever-growing totalitarian-like powers on the American citizenry, all with the supposed aim of “keeping us safe” from what it has itself produced.
Oh, did I forget to mention the vast super-secret surveillance scheme by which the NSA spies on us, monitors us, reads our email, collects data on our telephone conversations, and who knows what else? It’s all to keep us “safe,” notwithstanding that it’s the type of thing that is inherent in totalitarian and communist regimes.

We don’t need it. Unfortunately the majority of Americans are so convinced that their freedom depends on the national-security state, which the Founding Fathers rejected, that they quiver and quake at the thought of dismantling it. But dismantling it is necessary if Americans are going to live in a free society.

We also must not fail to point out the disasters that statism has brought our nation. Out-of-control federal spending and debt, inflation, governmental dependency, strife, conflict, and violence — it’s all part and parcel of living in a statist society, one that so many Americans are convinced is “free.”   Will enough nonlibertarians ever join up with us libertarians to achieve a genuinely free society? They are already starting to do it. The ranks of libertarians are growing every day, especially among young people, who are breaking free of the indoctrination at an ever-increasing rate.
Once a person realizes he’s not free, there is no guarantee, of course, that he’ll choose freedom. But recognition of one’s servitude is obviously an essential prerequisite to achieving one’s freedom. Otherwise, as Goethe suggested, people who falsely believe they are free are doomed to remain in servitude.

You can read Jacob G. Hornberger’s article in full at this link.

← Waging War on Americans
All Muslims share the Same Islam →