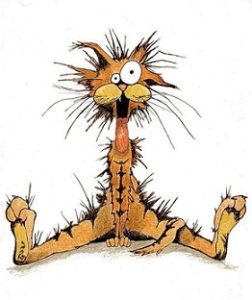 The federal government is a vast money transfer machine, spending hundreds of billions of taxpayer dollars each year on 1,800 federal subsidy programs. With such a huge array of handouts, the federal budget has become victim to large-scale fraud and abuse on pretty much all government programs with losses to taxpayers in the ballpark of $100 billion a year.

Created in 1965 as part of the Great Society, Medicaid saw its expenditures soar out of control almost overnight. Costing $1 billion in its first year, the program, administered by each state to meet its needs with partial funding and basic program requirements from the federal government, grew into a $6.3 billion monster after just five years, and an $18 billion behemoth by 1977.  Early in the Reagan years, the states and the federal government started cracking down on Medicaid fraud and waste, and briefly stalled the program’s growth.  But costs started rising again in the late eighties and really took off a decade later, as states, flush with Internet-boom revenues and encouraged by the Clinton administration, loosened eligibility requirements and generously showered new services on patients. In just the last ten years, spending has doubled—a staggering $150 billion net increase.

According to the Center for Immigration Studies, both legal and illegal immigrants and their minor children made up 42% of Medicaid growth from 2011 through 2014 at a cost of $4.6 billion. Legal immigrants who have been in the U.S. less than five years aren’t eligible for regular Medicaid coverage however states have the option of extending it to their children and to pregnant women which many of them did.  While federal law generally bars illegals from receiving Medicaid, a little known part of the state/federal health insurance program pays about $2 billion a year for emergency treatment who, according to hospital spokesmen, are mostly illegal immigrants. Most of the $2 billion goes to reimburse hospitals for delivering babies.

The acute problems of waste, fraud, and abuse of Medicaid is not necessarily a consequence of fee-for-service payment or any other particular design feature; it is mainly a consequence of government for the simple reason that government spends other people’s money.  When the abuse becomes public they may rant and wring their hands, especially during election years, about wasteful government spending, give long boring speeches with promises to fix the problem but when the camera lights fad, the truth is they go about their business like nothing is wrong. Their answer is never to fix the problem, only to cut benefits or raise taxes.

How much Medicaid fraud is there? No one knows for sure.  Whereas most private sector health insurers lose maybe 1.5 to 2 percent a year on fraud, taxpayers lose closer to 15%. And one of the primary differences is that the private sector insurers embrace software and other new technologies that help them find discrepancies and fraud in health care claims because they have stockholders to answer to.

Scamming Medicaid is so lucrative that according to an article in the Wall Street Journal in 2014, “the Manhattan US attorney accused 40 current and former Russian diplomats of participating in a scheme that scammed nearly $1.5 million in fraudulent benefits.”  According to a WSJ report, over the last decade 92% of NY based Russian diplomats’ childbirths were paid for by Medicaid.  And it’s not just the Russians. The Italians and Nigerian mobsters have joined in the scam because it’s so easy. When 60 Minutes covered Medicare fraud in 2012, one of the people they interviewed claimed to be making about $20,000 to $40,000 a day.

Let’s face it, as long as states have an unlimited supply of taxpayer funds and no consequence to their state budgets, there is no real pressure to make changes.  In addition, Medicaid programs have grown so large and complex that they are hard to manage and with even faster growth projected in the near future, trying to minimize fraud and waste will only get harder.