When did we become a nation of voters that blindly puts party politics over the good of our nation?  Can we no longer separate ourselves from a chosen party?  If you desire a life for your children that incorporates the values and freedoms that you once had, it’s time to vote for freedom – it’s time to vote for people who will fight for the good of our nation and not for what’s good for their party

Somewhere between 1852 and 2011, the Democrats took a wrong turn.  Read the 1852 Democratic Party Platform – to see how far left they have shifted. 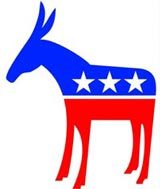 Resolved, That the American democracy place their trust in the intelligence, the patriotism, and the discriminating justice of the American people.

Resolved, therefore, That entertaining these views, the democratic party of this Union, through their delegates assembled in a general convention, coming together in a spirit of concord, of devotion to the doctrines and faith of a free representative government, and appealing to their fellow citizens for the rectitude of their intentions, renew and reassert before the American people the declaration of principles avowed by them when on former occasions, in general convention, they have presented their candidates for the popular suffrages.

1.  That the federal government in one of limited power, derived solely from the constitution, and the grants of power therein ought to be strictly construed by all the departments and agents of the government, and that it is inexpedient and dangerous to exercise doubtful constitutional powers.

2.  That the constitution does not confer upon the general government the power to commerce and carry on a general system of internal improvements.

3.  That the constitution does not confer authority upon the federal government, directly or indirectly, to assume the debts of the several states, contracted for local and internal improvements or other state purposes, nor would such assumption be just or expedient.

4.  That justice and sound policy forbid the federal government to foster one branch of industry to the detriment of any other, or to cherish the interests of one portion to the injury of another portion of our common country, that every citizen, and every section of the country, has a right to demand and insist  upon an quality of rights and privileges, and to complete an ample protection of person and property from domestic violence or foreign aggression.

5.  That it is the duty of every branch of the government to enforce and practice the most rigid economy in conducting our public affairs, and that no more revenue ought to be raised than is required to defray the necessary expenses of the government, and for the gradual but certain extinction of the public debt.

6.  That Congress has no power to charter a national bank; that we believe such an institution one of deadly hostility to the best interests of the country, dangerous to our republican institutions and the liberties of the people, and calculated to place the business of the country within the control of a concentrated money power, and above the laws and the will of the people. . .

8.  That the liberal principles embodied by Jefferson in the Declaration of Independence, and sanctioned in the constitution, which make ours the land of liberty and the asylum of the oppressed of every nation, have ever been cardinal principles in the democratic faith, and every attempt to abridge the privilege of becoming citizens and the owners of the soil among us ought to be resisted with the same spirit that swept the alien and sedition laws from our statute-books.

9.  That Congress has no power under the constitution to interfere with or control the domestic institutions of the several States, and that such States are the sole and proper judges of everything appertaining to their own affairs not prohibited by the constitution; that all efforts of the abolitionists or other made to induce Congress to interfere with questions of slavery, or to take incipient steps in relation thereto, are calculated to lead to the most alarming and dangerous consequences. . .

Resolved, That in view of the condition of popular institutions in the Old World, a high and sacred duty is devolved, with increased responsibility upon the democratic party of this country, as the party of the people, to uphold and maintain the rights of every State, and thereby the Union of the States, and to sustain and advance among us constitutional liberty  by continuing to resist all monopolies and exclusive legislation for the benefit of a few at the expense of the many, and by a vigilant and constant adherence to those principles and compromises of the constitution, which are broad enough and strong enough to embrace and upon the Union as it was, the Union as it is, and the Union as it shall be, in the full expansion of the energies and capacity of this great and progressive people.

How far the mighty have fallen!  Having searched the web, read many quotes and articles concerning the Demoratic left turn, the general consensus is, even among  some life long Democrats, that the far left took over the party.   Considering the socialist agenda that has crept into our government, I can’t disagree.

Not too long ago, the Communist Party of America told its member to unite with the Democratic party.  While the party has no control over those that support them or their candidates,  I would expect the party  to try and distance themselves from communists, just as I would expect the Republicans to do the same.  But unfortunately, the Republican Party is quickly following in the footsteps of the left.

America no longer has a two party system.  While there are still patriotic Americans in both parties, those on the left have taken the reins  and the sheep are beginning to fall in line.

← If You’re an Organ Donor, you Need to Listen to this!
PARIS AT WAR – MEDIA SILENCE →