In 1796, President George Washington spoke to the nation, not only giving his Farewell Address,  but a warning to the dangers that face us and to the pride that we should reserve for this great country.  His admonition  still rings true to this day. 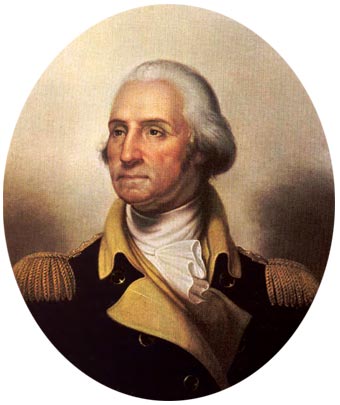 The unity of government….is a main pillar in the edifice of your new independence, the support of your tranquility at home, your peace abroad; of your safety; of your prosperity; of that very liberty which you so highly prize.  But as it is easy to foresee that, from different causes and from different quarters, much pains will be taken, many artifices employed to weaken in your minds the conviction of this truth; as this is the point in your political fortress against which the batteries of internal and external enemies will be most constantly and actively (though often covertly and insidiously) directed, it is of infinite moment that you should properly  estimate the immense value of your national union to your collective and individual happiness; that you should cherish a cordial, habitual, and immovable attachment to it, accustoming yourselves to think and speak of it as of the palladium of your political safety and prosperity; watching for its preservation with jealous  anxiety, discountenancing whatever may suggest even a suspicion that it can in any event be abandoned; and indignantly frowning upon the first dawning of every attempt to alienate any portion of our country from the rest, or to enfeeble the sacred ties which now link together the various parts.

The name of America, which belongs to you in your national capacity, must always exalt the just pride of patriotism more than any appellation derived from local discrimination’s.  With slight shades of difference, you have the same religion, manners, habits, and political principles.  You have in a common cause fought and triumphed together; the independence and liberty you possess are the work of joint counsels, and joint efforts of common dangers, sufferings, and successes.  . .

To the efficacy and permanency of your Union, a government for the whole is indispensable.  No alliance, however strict, between the parts can be an adequate substitute; they must inevitably experience the infractions and interruptions which all alliances in all times have experienced.    Sensible of this momentous truth, you have improved upon your first essay, by the adoption of a constitution of government better calculated than your former for an intimate union, and for the efficacious management of your common concerns.    This government, the offspring of our own choice, uninfluenced and unawed, adopted upon full investigation and mature deliberation, completely free in its principles, in the distribution of its powers, uniting security with energy, and containing within itself a provision for its own amendment, has a just claim to your confidence and your support.   Respect for its authority, compliance with its laws, acquiescence in its measures, are duties enjoined by the fundamental maxims of true liberty.   The basis of our political systems is the right of the people to make and to alter their constitutions of government.  But the Constitution which at any time exists, till changed by an explicit and authentic act of the whole people, is sacredly obligatory upon all.  The very idea of the power and the right of the people to establish government presupposes the duty of every individual to obey the established government.

All obstructions to the execution of the laws, all combinations and associations, under whatever plausible character, with the real design to direct, control, counteract, or awe the regular deliberation and action of the constituted authorities, are destructive of this fundamental principle, and of fatal tendency.   They serve to organize faction, to give it an artificial and extraordinary force; to put, in the place of the delegated will of the nation the will of a party, often a small but artful and enterprising minority of the community; and, according to the alternative triumphs of different parties, to make the public administration the mirror of the ill-concerted and incongruous projects of faction, rather than the organ of consistent and wholesome plans digested by common counsels and modified by mutual interests.

. . .in the course of time and things, to become potent engines, by which cunning, ambitious, and unprincipled men will be enabled to subvert the power of the people and to usurp for themselves the reins of government, destroying afterwards the very engines which have lifted them to unjust dominion. . .One method of assault may be to effect, in the forms of the Constitution, alterations which will impair the energy of the system and thus to undermine what cannot be directly overthrown.   In all the changes to which you may be invited, remember that time and habit are at least as necessary to fix the true character of governments as of other human institutions, that experience is the surest standard by which to test the real tendency of the existing constitution of a country; that facility in changes, upon the credit of more hypothesis and opinion, exposes to perpetual change,  from the endless variety of hypothesis and opinion; and remember, especially, that for the efficient management of your common interests, in a country so extensive as ours, a government of as much vigor as is consistent with the perfect security of liberty is indispensable.   Liberty itself will find in such a government, with powers properly distributed and adjusted, its surest guardian. . .

. . .Let me now take a more comprehensive view, and warn you in the most solemn manner against the baneful effects of the spirit of party generally. . .The alternate domination of one faction over another, sharpened by the spirit of revenge, natural to party dissension, which in different ages and  countries has perpetrated the most horrid enormities, is itself a frightful despotism.  But this leads at length to a more formal and permanent despotism.  The disorders and miseries which result gradually incline the minds of men to seek security and repose in the absolute power of an individual; and sooner or later the chief of some prevailing faction, more able or more fortunate than his competitors, turns this disposition to the purposes of his own. . . It serves always to distract the public councils and enfeeble the public administration.  It agitates the community with ill-founded jealousies and false alarms, kindles the animosity of one part against another, foment occasionally riot and insurrection.  It opens the door to foreign influence and  corruption, which finds a facilitated access to the government itself through the channels of party passions. . .

It is important, likewise, that the habits of thinking in a free country should inspire caution in those entrusted with its administration, to confine themselves within their respective constitutional spheres, avoiding in the exercise of the powers of one department to encroach upon  another  The spirit of encroachment tends to consolidate the powers of all the departments in one, and thus to create, whatever the form of government, a real despotism.  A just estimate of that love of power, and proneness to abuse it, which predominates in the human heart, is sufficient to satisfy us of the truth of this position.  The necessity of reciprocal checks in the exercise of political power, by dividing and distributing it into different depositories, and constituting each the guardian of the public weal against invasions by the others, has been evinced by experiments ancient and modern; some of them in our country and under our own eyes.  To preserve them must be as necessary as to institute them.  . .

Of all the dispositions and habits which lead to political prosperity, religion and morality are indispensable supports.  In vain would that man claim the tribute of patriotism, who should labor to subvert these great pillars of human happiness, these firmest props of the duties of men and citizens.  The mere politician, equally with the pious man, ought to respect and to cherish them.  . . .Where is the security for property, for reputation, for life, if the sense of religious obligation desert the oaths which are the instruments of investigation in courts of justice?   And let us with caution indulge the supposition that morality can be maintained without religion.   Whatever may be conceded to the influence of refined education on minds of peculiar structure, reason and experience both forbid us to expect that national morality can prevail in exclusion of religious principle.

It is substantially true that virtue or morality is a necessary spring of popular government.  The rule, indeed, extends with more or less force to every species of free government.  . .

As a very important source of strength and security, cherish pubic credit.  One method of preserving it is to use it as sparingly as possible, avoiding occasions of expense by cultivating peace, but remembering also that timely disbursements to prepare for danger frequently prevent much greater disbursements to repel it, avoiding likewise the accumulation of debt, not only by shunning occasions of expense, but by vigorous exertion in time of peace to discharge the debts which unavoidable wars may have occasioned. . .

You can read his entire Farewell Address here.

George Washington, the first American President, was sworn into office in a ceremony held at Federal Hall in New York City, on April 30, 1789.  Washington added “So Help Me God” to his own of oath of office and then reverently stooped down and kissed the Bible used in  his oath.  Born in 1732 in Virginia, Washington, an Episcopalian, was a typical Virginia landed gentlemen.  He led the Continental Army  to victory against the British, worked for the adoption of the Constitution and was the unanimous choice of the first Electoral College for president.  He served two terms before retiring from public service in 1796 and died three years later in his beloved home.