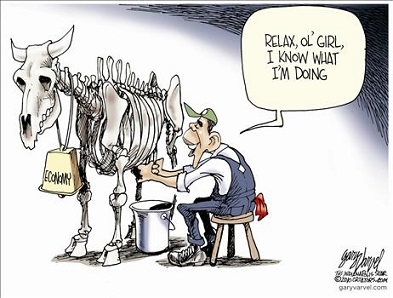 In January of this year Republican Congressmen Doug Collins of Georgia and Luke Messer of Indiana filed bills to close tax loopholes that allow billions in tax credits to be paid to illegal aliens.

HR 819 the, Tax Credit Accountability Act, introduced by Collins, would ensure that illegal aliens were ineligible for the Earned Income Tax Credit, a credit for lower income tax filers that requires a valid SSN in order to claim it. For those not familiar with the EITC, if this credit is larger than the filer’s tax liability, the difference is paid directly to the filer.

Obama’s Deferred Action for Childhood Arrivals, which has yet to be rescinded by Trump, led to an increase in fraudulent payments to illegal aliens. President Obama’s unilateral legislative action violated the separation of powers provided for in the United States Constitution as well as the Take Care Clause, and was therefore, unconstitutional,” according to U.S. District Judge Arthur J. Schwab.   While “the power of executing the laws necessarily includes both authority and responsibility to resolve some questions left open by Congress that arise during the law’s administration,’ it does not include unilateral implementation of legislative policies.” Of Course Eric Holder said that the ruling was “unfounded” and the judge didn’t have the authority to make such a decision so Obama ignored the ruling.

Even more outrageous than Obama ignoring a court order and the spineless GOP Congress refusing to issue Articles of Impeachment, once all of these illegals became eligible for the Earned Income Tax Credit (EITC), the current tax code allowed them to amend three years of previously filed tax returns to claim the credit. The Congressional Research Service, a nonpartisan policy research arm for lawmakers confirmed that each amnestied illegal alien became eligible for more than $24,000 in tax credits. According to the McClatchy Washington Bureau, Obama’s illegal amnesty could cost taxpayers $1.7 billion over a ten year period.

The Washington Times estimated that illegal aliens would file 800,000 claims for Earned Income Tax Credit refunds under Obama’s unconstitutional amnesty, costing the government $2 billion over the next five years. While the IRS admits that in 2010 they paid out $54.7 billion for the EITC, there was no breakdown for those receiving the credit legally and those bilking American taxpayers.

HR 363, the Child Tax Credit Integrity Preservation Act, introduced by Messer,  would guarantee that only taxpayers with a valid SSN are able to claim the Additional Child Tax Credit that gives families an additional $1,000 deduction per child.   Current tax law only requires that individuals filing provide a Taxpayer Identification Number (ITIN) which the IRS issues on a regular basis to illegal aliens.

In 2015 the Treasury Inspector General for Tax Administration estimated that $5.7 Billion in taxpayer money was paid out to illegals just for this one tax credit, primarily to illegals using ITINS. In Messer’s home state of Indiana, a reporter found that 4 illegals, all sharing a small trailer, received $29,608 from the IRS by claiming tax credits for 20 nieces and nephews who lived in Mexico. Investigators also identified one address in Atlanta where 23,994 ITIN related tax refunds were sent, including 8,393 refunds deposited into one single bank account. The Washington Times discovered the use of the tax credit by illegals jumped from 796,000 in 2005 to 2.3 million in 2010.

Since the IRS began issuing ITINs in 1996, over 5.5 million of them have been issued, in spite of the fact that in 1999 the Treasury Department’s Inspector General for Tax Administration said the decision to issue ITINs to illegals was “counter-productive to the Immigration and Naturalization Service mission to identify illegals and prevent unlawful entry.”

When it comes to enforcing the immigration law, our government finds it hard to locate illegals but when it comes to redistributing America’s wealth, the IRS knows exactly where to send the checks.

Both HR 363 and HR 819 were referred to the House Committee on Ways and Means for further action where they still set – alone and forgotten. It is time to contact your representative and demand they take action on these two bills before the year’s end.