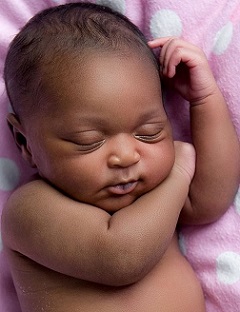 Let’s be honest here. If black lives truly matter to these thugs they would be standing in front of their local Planned Parenthood demonstrating against the murder of innocent black babies.   If black lives truly mattered to these thugs they would be working with local organizations to educate their youth in something other than anger, rioting and looting.  Since these thugs choose destruction over education, over assistance to the youth of their community, we must ask ourselves: Which Black Lives Matter?

When I say all lives matter I mean just that – all lives matter because we are all created in the image of God and His angels, because He created all the races on the 6th day of creation,  the way He wanted them to be,  and was pleased with His creation. No one person’s life is more valuable than another regardless of race, color or creed. We are all human beings and that is what truly matters.

Since the 1973 Roe v. Wade decision that sanctified murder, more than 57 million babies have been slaughtered in the U.S., 31% of which are black. To be blunt, apparently 18 million plus black lives didn’t matter to anyone, including the black community. South African Cardinal Wilfrid Napier noted that since black women make up only 13% of the total women in the U.S. , he believes we are looking at genocide directed at the black race.  Black babies are aborted at nearly 4 times the rate of white babies.  In some states there are more black babies aborted than allowed to be born.  Yet, according to the far left pro-choice movement it can’t be genocide because no one forced these women to snuff out the lives of their children.

Margaret Sanger, as a leading member of the American Eugenic Society and a founding member of the American Birth Control League, forerunner of Planned Parenthood, preached and sought to practice the same sort of racial purification programs as those practiced by the Nazis. As editor of Birth Control Review, she published headlines such as “More Children for the Fit, Less for the Unfit.” As to whom she considered unfit, Sanger was more than pleased to shout from the rooftop that the lives of Hebrews, Slavs, Catholics, Negroes and the lives of the disabled and mentally retarded didn’t matter.

Sanger deliberately set up her first birth control clinics in poor neighborhoods and openly advocated for those she considered unfit to have to apply to the government for permission to have children. So it should come as no surprise that members of her Birth Control League should visit Nazi Germany to set in on sessions of the Nazi Supreme Eugenics Court or that they returned to the U.S. with glowing reports of how the Sterilization Law was “weeding out the worst strains in the Germanic stock in a scientific and truly humanitarian way.”

Regardless of whether today’s supporters of murder would fully embrace the views of Sanger or her Nazi allies, the fact is that they share the same contempt for human life and the same willingness to butcher millions on the altar of political ideology. Today, exercising their “right” to murder their own child, millions of black women have freely chosen to illustrate that, for them at least, black lives don’t matter.

“Margaret Sanger’s vision of social purification was rooted in birth control and sterilization. Compared with abortion, these were minor threats to minority communities. Planned Parenthood’s contemporary vision of social purification is much more menacing. No longer is the organization driven by pregnancy prevention, it is now driven by pregnancy elimination. We can debate the racial intent of Planned Parenthood past and present, but we cannot debate the results. Abortion is by no means an equal opportunity killer.” The Case Against Abortion