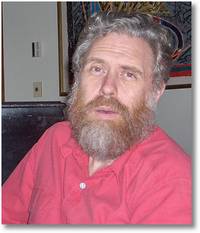 Chances are you’ve seen more than a few stories discussing the possibility of extending the act of genetic modification into the human race.   Hey, they’ve already destroyed our food supply, why not our species!

Meet George Church, a true nutty professor with a leftist tilt toward eugenics. George envisions a world where nature takes backseat to science in determining a baby’s traits.  According to good old George, he’s already created Neanderthal cells in his lab and is holding “Neanderthal “parts” which he plans on using to create a Neanderthal baby in the near future.  “Let’s say someone has a healthy, normal Neanderthal baby.  Well, then, everyone will want to have a Neanderthal kid. . .”

As scary as  that sounds I’m afraid old George is right – remember pet rocks?  Hey, George says he’s 3.8% Neanderthal and he isn’t embarrassed by it.

According to Church it’s only a matter of time before people start picking out traits for their babies and maybe even cloning entire children.  “At some point, cloning will be acceptable. At some point, someone will come up with an airtight argument as to why they should have a cloned child.  At that point, people will already be choosing traits for their children. What politician will tell a parent that they can’t spend their hard-earned money on getting an extra 50 SAT points for their child as long as it’s safe?”

Church is the Robert Winthrop professor of Genetics at Harvard Medical School  where he has scores of researchers doing “cutting-edge stuff” at his lab.  George said he likes to make sure that people see him as a “man of action” and not just some “big brain in an ivory tower.”  George has also authored a book, Regenesis: How Synthetic Biology Will Reinvent Nature and Ourselves,  which explores the field of synthetic biology centering on how man can use DNA to create things from new fuels to seeds that grow into fully formed houses.   Can’t wait for that!

Speaking of big brains, Church’s lab is part of NIH’s BRAIN (Brain Research through Advancing Innovative Neurotechnologies) Initiative that is attempting to analyze brain function with a goal of treating and preventing brain disorders.   Of course that would be mundane to George who claims they’re not just interest in “making brains,”  they also want “to make sure that “they are  physiologically reasonable”  and, if they’re not, well, “we just want to debug them….”   The idea of genetically modified humans may seem frightening to some but according to George, well, they’re already out there thanks to recent research trials for gene therapy.

In his book,  Regenesis, George ventures into  some really weird thought such as bringing mammoths back to life.  He says that the increase in trees since their disappearance has contributed to warmer temperatures because the trees don’t reflect light or consume carbon dioxide as well as grass and “we need practical reasons as well as inspirational ones with this technology.”  But bringing back species from the dead or modifying species will take a bit more.  “You basically have to design a dinosaur from an ostrich because of limitations with old DNA.  You have to find a way to return the teeth and tails and arms. . .I think the development biology that we’re talking about is something we could knock off in much less than a century. . .”

What a fun future good ode George and his ilk have in store for us.

Did you know that there are already over 40,000 patents on human genetics which grant ownership of the human genome to major corporations?    They sure could make a tidy fortune selling parents genes for their newly cloned offspring.  Somehow it always comes back to money, doesn’t it?

And if you think good  old George has been sniffing too much formaldehyde, the Daily Mail reported that labs in the UK have already secretly produced 155 “admixed embyros,” containing both human and animal genetic material.

I would like to think old George is just a crackpot but unfortunately, there are just too many unethical scientists in this world and rich crackpots willing to fund them!