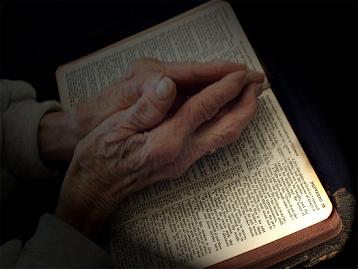 “I’m as irritated as the next person when it comes to the public reading of Scripture.  Doesn’t this person have anything original to say?  I think.  Isn’t he going to address this issue, or that concern?  Get on with it! At least I hope he says something funny soon. . .”  Mark Galli, editor, Christianity Today

In an article, Yawning at the Word, Galli writes “It has been said to the point of boredom that we live in a narcissistic age, where we are wont to fixate on our needs, our wants, our wishes, and our hopes, at the expense of others and certainly at the expense of God.

It is well and good for the preacher to base his sermon on the Bible, but he better get to something relevant pretty quickly, or we start to mentally check out.  Don’t spend a lot of time in the Bible, we tell our preachers, but be sure to get to personal illustrations, examples from daily life, and most importantly, an application that we can use.  I try to laugh at myself when I catch myself in such moods: bored with the very revelation of God!. . .”

Corporately, the congregation is a mass of expectations, desperate hopes, consuming fears, and impatient urges. All of this adds up, unless countered by the authentic reading and preaching of the Word of God, to a form of group therapy, entertainment, and wasted time — if not worse.”

Al Mohler writes in Religion Today, that in many churches, there is almost no public reading of the Word of God. Worship is filled with music, but congregations seem disinterested in listening to the reading of the Bible. We are called to sing in worship, but the congregation cannot live only on the portions of Scripture that are woven into songs and hymns. Christians need the ministry of the Word as the Bible is read before the congregation such that God’s people — young and old, rich and poor, married and unmarried, sick and well — hear it together. The sermon is to consist of the exposition of the Word of God, powerfully and faithfully read, explained and applied. It is not enough that the sermon take a biblical text as its starting point.”

Today, most pastors are more interesting in pushing their version of the Gospel rather than teach God’s Word.   They tell jokes and personal stories to push a politically correct and socially irrelevant sermon.  They  stand in the pulpit and offer either a falsified or watered down version of God’s word, totalling ignoring their role as shepherd of God’s flock, and they do so at their own peril.

Most  forget, or no longer care, that they will  be judged by God for their  lack of faithful proclamation of the Word.  “Preach the Word, be ready in season, out of season, reprove, rebuke, exhort with all long-suffering and doctrine.  For the time will come when they will not endure sound doctrine, but after their own lusts shall they heap to themselves teachers, having itching ears;  And they shall turn away their ears from the truth, and shall be turned unto fables.  But watch thou in all things, endure afflictions, do the work of an evangelist, make full proof of thy ministry.”  (II Tim. 4:2-5)