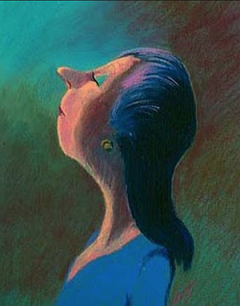 “There are two kinds of pride, both good and bad. ‘Good pride’ represents our dignity and self-respect. ‘Bad pride’ is the deadly sin of superiority that reeks of conceit and arrogance.”  John C. Maxwell

The sixties hippie culture of “anything goes” and “do your own thing,” appears to have triumphed in the corridors of power and in the formerly hallowed halls of the Supreme Court. Having had their wicked way, the children of the counter-culture have “progressed” from the murder of babies to the “killing” of traditional marriage. Soon, perhaps, they may “progress” to the murder of Christians, which is where such “progress” in the name of “liberty, equality and brotherhood has led in the past, in places as diverse as France, Russia, China, Cambodia, et cetera, ad nauseam. When will they ever learn?

The wisdom of experience which knows that selfishness is self-destructive and that Pride cometh before a fall is as nothing to the progressive know-it-all. He defies the wisdom of the elders and deifies his “self,” wearing his “Pride” with pride. So be it. If he refuses the gift of wisdom, casting it as a pearl of great price before the swine of ignorance, he must learn the only way left to him – the hard way.

Surely one would think that he would see how the god he has made of himself is a pathetic, shriveling thing that gets smaller and uglier the more he tries to feed it with pride. He needs to look in the mirror to see with increasing horror the gollumized monster that looks back at him. If even then he refuses to see the error of his ways, desiring nothing but his precious self, he will have condemned himself to a self-inflicted and self-constructed hell. He will get what he selfishly desires and live interminable with the despair it brings.

The problem is, however, that the deified self, proclaiming its Pride, sacrifices others on the alter it has erected to itself. Refusing the self-sacrifice that Love demands, it sacrifices others to gratify its own desires. It leaves behind a lengthening trail of victims, slaughtering the innocent along with the guilty. The ugly truth is that you can only “do your own thing” by trampling on your neighbors, betraying your spouse, abandoning your parents, abusing your children, and hating your God.

At root, Pride is the refusal to grow up. It is making ourselves the center of our own cosmos, which is, to say the least, extremely childish! And yet, the tragedy and comedy is that we are living in a world in which most people are refusing to grow up, even those who should know better such as our Supreme Court Justices.

To be grown-up is to realize that life is a journey on which we are meant to grow in knowledge, understanding, wisdom and virtue. To be a grown-up is to realize that Love demands the surrender of the self to the other, and that such surrender leads to a greater happiness for everyone, including the one who surrenders. The paradox of Love, which has stood the test of time, is that self-sacrifice leads to happiness in this world as well as in the next. It is for this reason that healthy societies promote Love, which is the encouragement, in law, of self-sacrificial behavior, such as abstinence from sexual activity outside of marriage and an understanding of marriage itself as being a life-long cohesive and coherent union between a man and a woman – a union that requires a lifelong commitment, till death do the spouses part, in sickness and in health, with a commitment to having children, knowing that they are the blessing and ultimate purpose of the marital union.

We grow by giving ourselves fully to the other; we mature through the act of laying down our lives for our spouses and our children. Parenthood is, for most of us, the best training ground for learning to be grown-ups. The weakening of marriage and the refusal of the blessing of children condemns us to the immaturity of Pride.

A society which turns its back on holy matrimony and refuses the blessing of children is not only immature, it is doomed to fail and fall. It has no future. In living for today it has abandoned tomorrow. In refusing to live in Love it condemns itself to a loveless Death. Its passing will not only be just and no doubt ugly and painful, it will be a blessing. It is, after all, through the fall of the proud that the meek shall inherit the earth. Deo gratias!

Source: Joseph Pearce, director of Center for Faith & Culture at Aquinas College in Nashville, Where Have All the Grown-Ups Gone?

← Principled People Should Boycott All Anti-family Businesses
Dead From Drugs →