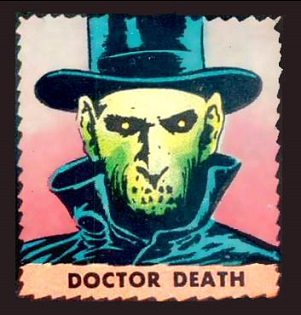 Doctors in the U.S. cannot be forced to perform abortions or assist in the death of their patients at the present. But that may soon change. Bioethicists and other medical elites have launched a frontal assault against doctors that prefer to operate under the values established by their Hippocratic Oath.

Bioethicists Udo Schuklenk, research chair in bioethics at Queen’s University in Ontario, and Julian Savulescu, director of the Uehiro Center for Practical Ethics at Oxford and editor of the Journal of Medical Ethics, opine in the journal Bioethics that anyone who is not willing to participate in abortion or assisted suicide based on their moral, ethical, or religious beliefs should not even be allowed to enter medical school. They argue that doctors must put patients’ interest ahead of their own integrity and if being forced to go against that integrity leads to them dropping out of the profession, “so be it.”

According to both, the scope of professional practice “is ultimately determined by society and bound to evolve over time. The place to debate issues of contraception, abortion and euthanasia is at the societal level, not the bedside, once these procedures are legal and a part of medical practice.” In order to rids the profession of these obnoxious people with conscience, both Schuklenk and Savulescu agree that Medical schools and training programs must begin “screening” for conscientious objection “where it is relevant to job performance.”

One of Obamacare’s major architects, Ezekiel J. Emanuel, has just co-authored with bioethicist Ronit Y. Stahl, a major attack on medical conscience in the New England Journal of Medicine. Emanuel’s position is that medical societies should “declare conscientious objection unethical” and remove conscience clauses from their codes of ethics.
Arguing for lack of conscience for doctors is not a stretch for Emanuel who you might remember argued for healthcare rationing for “certain” patients [elderly, disabled, mentally and chronically ill] who should be “denied care” based on their “quality of life.”

Both Emanuel and Stahl agree that doctors must abandon their own moral sensibilities once they don a doctor’s coat. “By entering a healthcare profession, the person assumes a professional obligation to place the well-being and rights of patients at the core of professional practice.” Regardless of their personal religious objections, they “must provide the appropriate interventions as specified by the medical profession.” Claiming that abortion is no long controversial, they do agree that conscientious objections should still apply to assisted suicide because it is not yet an accepted procedure in the medical profession.

Doctors who refuse to participate in ending human life, whether it be abortion, euthanasia or assisted suicide were once permitted to practice Primum Non Nocere, Latin for “first do no harm,” a guiding principle for doctors that, whatever the intervention or procedure, the patient’s well-being was the primary consideration. But that right of medical conscience is fast coming to an end as laws are being passed that threaten doctors and other medical personnel who refuse to participate with medical martyrdom – do the deadly deed or don’t practice medicine.

The attacks on conscience have already moved beyond mere intellectual advocacy. The government of Ontario, Canada is on the verge of requiring doctors either to euthanize or refer all legally qualified patients to doctors that will take their lives. In Victoria, Australia, all doctors must perform abortions or find another doctor who is willing to murder unborn babies. In Washington, a small pharmacy chain owned by a Christian family failed in its attempt to be exempted from a regulation requiring all legal prescriptions to be dispensed. They are now being forced to fill prescriptions for the morning-after pill, against the owners’ beliefs. In Vermont a regulation obligates all doctors to discuss assisted suicide with terminally ill patients as an end-of-life option, even if they are morally opposed.

The ACLU recently started a campaign of litigation against Catholic hospitals that adhere to the Church’s moral teaching. They sued one such hospital that refused to sterilize a woman in conjunction with her caesarean section. The failure of that lawsuit didn’t deter the ACLU from bringing another suit against a Catholic hospital for refusing to permit doctors to perform an elective hysterectomy as part of a sex-reassignment surgery.

There is a reason that moral diversity is under attack, according to Wesley Smith. When doctors refuse to murder an unborn child or participate in assisted suicide, to excise healthy organs or otherwise follow their consciences about morally contentious matters, they send a powerful message that the left would prefer unsaid and that message is: Just Because A Medical Act is Legal Doesn’t Make it Right.  Such a clarion witness is intolerable to those who want to weaponize medicine to impose secular individualistic and utilitarian values on all of society.

“When the lie that “this life is all there is” is believed, it makes it much easier to allow death to rule one’s mind, one’s fears, one’s behavior. Death simply becomes the price of doing business, or surviving. A culture becomes fear based and makes decisions on the basis of fear, rather than faith and a belief in the life to come.” Ben Witherington, America’s Culture of Death

← Coming of the Messiah of Progress
Why Do the Heathen Rage →