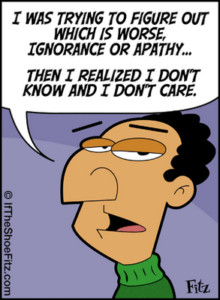 To understand the left you need to remember one thing – they do not genuinely care about 99% of the things they claim to care about. Name a leftist cause and then find a communist country that actually practiced it. Same-Sex marriage?  In Muslim countries homosexuals are dead men walking.  In Russia they go to jail.  Cuba, the darling of the American left, hates both blacks and gays.

Leftist politicians and organizations spread half-truths, propaganda and out-and-out lies. They are actively working to change our  children into good little Marxists indoctrinated on the joys of an alternative lifestyle where free sex abounds and abortion is a contraception, where truth, values and morals are whatever you want them to be, where the Constitution is a living document to be tweaked and laws bent to accommodate any leftist cause, where individualism must sway for the collective.  Didn’t Stalin and Lenin intimate the same thing?

John Horvat, II, in an article published at The American Thinker,  wrote that with the Supreme Court ruling for same-sex marriage, the left declared that the Culture War was over and they won!   But did they?  The left’s war against everything that was good in America has been both an embarrassment and a disaster for liberals.   They expected no opposition to their program during the anything goes sixties. They adopted as their own the narrative of a movement that represented all minorities and freed all the oppressed. They were to liberate women and individuals from “oppressive” traditions and morality. They were to inaugurate a society where everyone could be what they wanted to be and do their own thing. They claimed to have the passion of youth to man the barricades against the moneyed business establishment and rebel against university curricula dominated by teachings of dead white males.

But Americans have shattered this narrative and turned it on its head. It is women and young ladies that swell the ranks of the pro-life movement and aging feminists that lead the pro-death crowd. It was vibrant African-American preachers and parishioners, not mainline denominations that were actively engaged in the recent fight against same-sex marriage.

It is not the average American that funds liberal causes, but Hollywood pseudo-elites, rich white liberal males or the tax-exempt foundations of dead ones. It is the moneyed establishment of Fortune 500 companies that cave in, grovel and lend or sell their support to liberal causes, government mandates and immoral lifestyles. It is the Little Sisters of the Poor that stand up to big government when it mandates contraception.

The left is not defeated nor will they go down quietly. They are compelled to destroy the things we care about because it gives them power over us. They do not seek to coexist, they exist to destroy. There is no common ground with the left because it is an activist machine dedicated to destruction, not only of the right but even of its own allies on the left, who, once power is achieved, will be kicked to the curb as the useful idiots they have become.

Our apathy has become the blueprint for our destruction.   Voting and encouraging others to vote will help but it may not be enough. It will take all of us to force change, to take a stand for what we know to be right and moral. You can either give in or stand up to them. There is nothing else.