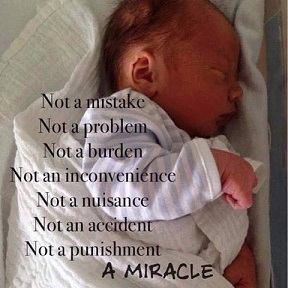 In a 2014 interview Senator Marco Rubio of Florida stated that is was a “scientific” fact that “human life begins at conception.” The left went viral, showing their ignorance by claiming that “life” and “conception” were not even scientific terms and of course, none of their “experts” couldn’t offer a consensus of when life begins. Got to wonder where they find these so-called experts.

Conception and life are words widely used in scientific dictionaries and published studies. The American Heritage Science Dictionary defines “conception” as the “formation of a zygote [first stage of an embryo] resulting from the union of a sperm and egg cell; fertilization,” and “life” as the form of existence that organisms…have and inorganic objects or organic dead bodies lack; animate existence, characterized by growth, reproduction, metabolism, and response to stimuli.

The belief that human life begins at conception is consistent with both of these definitions since human zygotes display all four empirical attributes of life. In addition, the science of embryology has proven that the genetic composition of humans is formed during fertilization. The scientific textbook Molecular Biology explains, that this genetic material is “the very basis of life itself.” Another textbook, Before We Are born: Essentials of Embryology and Birth Defects, directly states “the zygote and early embryo are living human organisms,” leaving no doubt as to when human life begins.

It is really hard to believe that all progressives are really that stupid so I have to ask, why are they so adamant that life doesn’t begin until after a child is born and takes his first breathe? Why push so hard to murder innocent babies?

Katha Pollitt’s, an abortion activist, in Pro: Reclaiming Abortion Rights argues that abortion is a palpable social good. Progressives, she writes, can and must treat abortion as an unequivocal positive rather than a “necessary evil” because there is no ethical or humane way to limit abortion rights. Basically Pollitt pushes the usual leftist rhetoric that abortion actually saves lives, unless you’re the baby; that pregnancy prevents women from having a successful career; and that a woman has that “right” to murder their offspring.

Population control advocates insist that expanded access to abortion is essential to improving the status and health of women throughout the world. But the health of women is far from the actual goals of the U.N. and the world’s elite.

Margaret Sanger and her eugenics movement pushed abortion as a means of purifying human “breeding stock” and “purging bad strains,” in essence, the “salvation of civilization.”  According to Sanger, the founder of Planned Parenthood, “Those least fit to carry on the race are increasing most rapidly … Funds that should be used to raise the standard of our civilization are diverted to maintenance of those who should never have been born.”

Then there are the environmental doomsayers who have convinced themselves that population growth threatens the very survival of humanity. “Injustice is preferable to ruin,” is one of their most oft-repeated quotes to justify their eugenics beliefs. Professor Garrett Hardin, one of the most preeminent proponents of population control, argues that “freedom to breed is intolerable,” and that reproductive rights should be subservient to public policy, just as they are in China.

Others push abortion to eliminate poverty however, in actuality it is their method of ridding the world of poor people, a strategy which has been gaining support from some of the wealthiest in the world. Abortion, Inc. regularly reports that a large number of abortions are carried out on women living in poverty. Planned Parenthood and other abortion providers are deliberately establishing clinics in minority areas, much as Margaret Sanger advocated. It was recently reported that more than 55% of abortions in New York City are performed on poor black women.

The National Review Online reports that abortion advocates have received millions from the world’s wealthy elite such as Warren Buffett, who has used his wealth to ensure that there are fewer poor people on the planet.  But he’s not the only one. Ted Turner, George Soros, Chuck Feeney, Bill and Melinda Gates, Ross Perot and many others heap millions on Planned Parenthood and other abortion pushers, as do enormously powerful foundations and corporations such as Google and the Ford Foundation.

These people have fought hard to expand abortion to the point where it now takes the lives of an estimated 50 million plus unborn children around the world every year. In sheer numbers, that is like destroying the entire populations of Chile, Zimbabwe, Jordan and Cambodia in one year; killing everyone in Canada, Bolivia and Sierra Leone in the second year; and so on down through the years.

We need to call this out for what it is: a drive to eradicate the poor, rather than to eliminate poverty; to literally kill the opportunities and dreams of poorer children before they even have a chance to be born.

“If you’re going to curb population, it’s extremely important not to have it done by the damned Yankee, but by the UN. Because the thing is, then it’s not considered genocide….If the United States goes to the black man or the yellow man and says slow down your reproductive rate, we’re immediately suspected of having ulterior motives to keep the white man dominant in the world. If you can send in a colorful UN force, you’ve got much better leverage.” Alan Guttmacher, Planned Parenthood