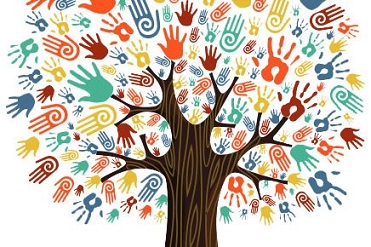 Obviously it would never tolerate disadvantages associated with race, sex, religion or cultural background so it stands to reason that all identity groups would be equally represented and valued. There would be no stereotypes. No one could assume anything about someone’s likely actions, abilities or personal qualities based on their identity as male, female, or somewhere in between, or black, white, Asian, young, old, Jewish, Mormon, gay, straight, genderqueer or whatever. It would also abolish restrictions on immigration, which excludes by definition. All nationalities are human so it would be equally wrong to discriminate against them based on an accident of birth.

This is the utopia that “respectable” political, social, moral and religious leaders are increasing either pushing, supporting or caving to. To reject such a society would be to support prejudice and discrimination and today that is social suicide. But to accept it means these leaders must believe that men can give birth and suckle their babies, that diversity is always strength, that men pretending to be women are women and women who convince themselves they are men – are men, that children are born without sexuality identity, that men molesting young children are doing it in the name of love, and that God doesn’t judge.

Similar issues come up in connection with open borders where populations could flow freely from worse to better living conditions until those worst living conditions are largely equalized worldwide. It also means that whatever human factors, i.e. tribalism, ingrained combativeness, religious or political fanaticism, lack of economically useful attitudes and skills, that contributed to problems in the regions of their birth might just contribute to the destruction of the countries in which they migrate.

But we mustn’t worry about any bad effect of immigration because to do so would make us xenophobic. We must toss aside reality and common sense while loudly proclaiming that conditions in a country have no connection to the habits and qualities of its people. And then lie to ourselves that these new immigrants will conform to America’s standards of life to become loyal, productive, law-abiding and easily integrated future citizens.

We must pretend that, in a diverse society that open borders creates, inclusiveness does not destroy all cultural traditions. How, for example, can Christian or French or American culture exist if there is no significant setting in which Christian doctrine or French language or American freedoms can be presumed? Yet getting rid of such benefits creates problems. Radical disruption of cultural traditions means that the culture of the people can no longer be a largely inherited system reflecting long community experience. Instead, it becomes a matter of propaganda, internet memes, political ideology, commercial pop culture, and therapeutic talking points. As such, it seems unlikely to offer most people a satisfying or even tolerable way of life.

A problem that may be even more basic is the conflict between equal treatment and equal results. Colorblindness and the other formulations on which antidiscrimination laws originally rested have long been superseded by a more affirmative approach to inclusion, so much so that the colorblind ideal is now dismissed as racists.   It was tried and it didn’t work because people are different. So for the sake of inclusion we are now required to be culturally sensitive and celebrate diversity but that creates an even bigger problem because it means we have to recognize that cultural and other differences related to identity are real and have practical consequences.

Sensitivity means we’re supposed to treat a Muslim woman differently because she’s a woman, an Arab, and a Muslim, and celebration of diversity means we must think she adds something for those reasons. So we’re supposed to believe it’s great to have an Arab Muslim woman around and at the same time believe it would be less great to have her around if she were a native born male Southern Baptist of Scottish descent. But doesn’t that sound like prejudice and discrimination? And how do we know that the characteristics that make someone like the Muslim woman so great in this setting don’t make her not-so-great in another?

The diversity movement is not only deeply flawed; it is also far from a harmless ethos with no consequences for our culture, our values, or our institutions. It is time to acknowledge that diversity often results in the opposite of what it so loudly proclaims: a closed-off world that stifles debate, learning, and mutual respect. Jay Haug

Source: The Idea of an Inclusive Society, by James Kalb, first published at Crisis Magazine, can be read in full at this link.