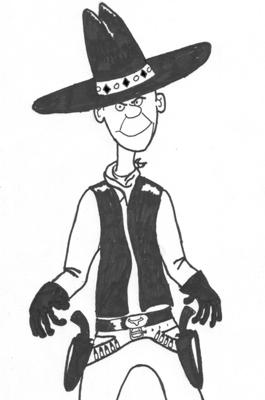 Political Scientist Thomas R. Dye once said that “politics is about battling over scarce government resources [taxpayer money]; who gets them, where, when, why and how.”

And he’s right.   Washington is dominated by the elite.  Politics has become an insider game that excludes the “peasants,” in favor of the wealthy and well-connected – its sort of the rich get richer while the middle class foots the bill.  We’ve moved from a government  by and for the people to a government that takes delight in screwing the people.

Jack Abramoff explained in 2011 that deep pockets speak.  Gaining access to legislators can involve something as simple as throwing lavish fundraisers, donating to the party, or offering future high paying jobs worth  one million or more a year.  So while officials in the executive branch, Congress and senior congressional staffers spin in and out of the private and public sectors, so too does privilege, power, access and, of course, money.  And it is common knowledge in D.C. that this deep pocket approach is exploited by numerous law firms who earn millions from such relationships.

Lobbyists provide a point of view to lawmakers and department heads that is not always in line with the common good.  They have no obligation to be fair to the other side or to look at an issue from the middle.  They represent the deep pockets of their clients, leaving the rest of us on the sideline.  I think it is a pretty good bet that every piece of bad legislation and every rotten regulation written can be traced back to lobbyist and their deep pocket clients.

The 1st amendment preserves our right to petition the government for a redress of grievances.  However, the average citizen cannot compete with the money or power of big corporations, and special interests so it’s imperative that changes be made to put the people back in charge and that will only happen when the money incentive is removed.

It should  be illegal for anyone in the government  to move to lucrative jobs in the lobbying industry or to businesses that they oversee in their governmental capacity. There must be term limits. Congress must stop exempting themselves from the laws they pass, along with ending no-bid contracts, and earmarks, and stop  writing legislation behind closed doors.  First and foremost, allowing Congress to police themselves and lobbyists goes beyond stupid.

When I was a lobbyist, frankly, I  was against [term limits] because once you purchase an office you don’t  want to have to repurchase that same office down the line.” Jack Abramoff, former lobbyist

← Cold, Dead Hands
America, It is NOT a Foreign enemy attacking you! →