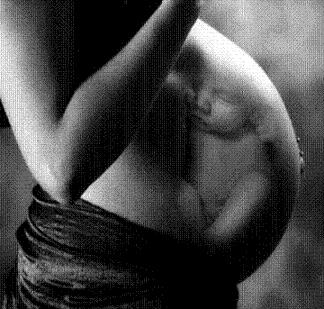 In 2013 the New York Times  published an article titled “My Abortion, at 23 Weeks.” The author explained that she was pregnant with twins, a boy and a girl.  The boy however was diagnosed with a herniated diaphragm and would require surgery and life support for a period after birth.  “The thought of hearing him gasp for air” was their justification for murdering him with a lethal injection into his heart.  According to the author, “he died in a warm and loving place, inside me.”   It was warm but definitely not loving.

The diaphragm is a  dome-shaped muscular barrier between the chest and the abdomen. It separates your heart and lungs from your abdominal organs (stomach, intestines, spleen and liver).  A defect in the baby’s diaphragm allows one or more  of the abdominal organs to move into the chest and occupy the space where the lungs are supposed to be and as a result, the  lungs are unable to develop  properly. In the majority of cases, only one lung is affected.

While the prognosis for a diaphragmatic hernia depends on how badly the  lungs are damaged or underdeveloped, according to the Johns  Hopkins Children’s Center, the survival rate for CDH is more than 80%.  Which is a lot more than the chances his parents gave him.

Ability (or disability) is irrelevant to the worth and dignity of a human being. We do not, or at least should not,  think less of people who have physical and mental handicaps.  Parents may not kill their toddler if they learn that he/she has autism. They may not execute a 10-year-old with spina bifida because they think he/she would be better off dead.  Yet in today’s culture of death, what is illegal once born, is glorified while the child is still in the womb.

Just as ability is irrelevant to human value, so too is age, size and location.  All human beings share an equal right to life simply by virtue of their humanity. Killing disabled people, in or out of the womb is morally wrong. It is also morally wrong to suppose that the life of a disabled person is not worth living.  People with disabilities live meaningful and often happy lives. And caring for them, though difficult, is enriching and rewarding, as parents and caregivers attest.

Pro-abortion advocates will argue that a pregnant woman should not have to endure an emotionally traumatic pregnancy; that a child with a disease or condition that is fatal will likely die before, during or shortly after birth so it is justifiable to murder them while still in the womb. But just the child may die provides no moral justification for murdering them anymore than withholding life saving treatment once they are born.

We may not murder terminal patients in the cancer ward or elderly grandparents in the nursing home just because they will soon face death, at least not yet.  All of us  will die at some point in the future, but that does not mean that we should not be treated with dignity and respect in the present. The reality of natural death by disease does not mean that an unnatural death through abortion or euthanasia is ever okay.

Once you lose the moral foundation that says people are valuable because they are created in the image of god, anything is possible.  Today somewhere between 65 and 90 percent of children with Down Syndrome are murdered in the womb.  According to a CBS story, Iceland proudly boasts they are close to 100% in  “eradicating Down Syndrome births.”   How sad they think that is something to brag about.

“You matter because you are you, and you matter until the last moment of your life.” Dame Cicely Saunders, founder of the modern hospice movement.

← Constitution: Is Gun Control Breaking the Law?
Children in the Crosshairs – Once Again →