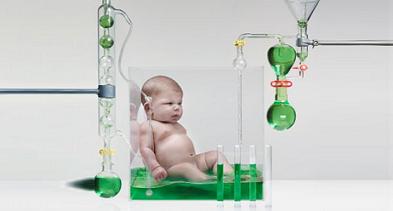 A 2012 paper “After Birth Abortion: Why Should The Baby Live?”  by Alberto Gibilini and Francesca Minerva of the University of Melbourne, appeared in the electronic version of the Journal of Medical Ethics, using a pro-abortion argument to support infanticide.”

“Abortion is largely accepted even for reasons that do not have anything to do with the fetus’ health. By showing that (1) both fetuses and newborns do not have the same moral status as actual persons, (2) the fact that both are potential persons is morally irrelevant and (3) adoption is not always in the best interest of actual people, the authors argue that what we call ‘after-birth abortion’ (killing a newborn) should be permissible in all the cases where abortion is, including cases where the newborn is not disabled.”

The authors used ‘after-birth abortion’ over ‘infanticide’ to “emphasise that the moral status of the individual killed is comparable with that of a fetus rather than to that of a child.”  They claim that a fetus and a newborn child is not a person because they have not attainted the capacities to understand their own value.

Prior to ‘personhood’ the authors claims that human life has no moral claim on us.  “In  order for a harm to occur, it is necessary that someone is in the condition of experiencing that harm.  If a potential person, like a fetus and a newborn, does not become an actual person, like you and us, then there is neither an actual nor a future person who can be harmed, which means that there is no harm at all. … In these cases, since non-persons have no moral rights to life, there are no reasons for banning after-birth abortions. … Indeed, however weak the interests of actual people can be, they will always trump the alleged interest of potential people to become actual ones, because this latter interest amounts to zero.”

So when does an unborn child become a person?      According to Dianne N. Irving, M.A., Ph.D.  in her paper “When Do Human Beings Begin? Scientific Myth and Scientific Facts”, published in the International Journal of Sociology and Social Policy,  the issue is not when  human life begins, but rather when does the life of every human being begin.   .  The human embryonic organism formed at fertilization is a whole human being.   Scientifically there is absolutely no question whatsoever that the immediate product of fertilization is a newly existing human being.    It is not a “potential” or a “possible” human being. It’s an actual human being with the potential to grow bigger and develop its capacities.

Personhood  begins when the human being begins at fertilization   Although it is customary to divide human development into prenatal (before birth) and postnatal (after birth) periods, birth is merely a dramatic event during development resulting in a change in environment.  Development does not stop at birth.  Important changes, in addition to growth, occur after birth.   The brain triples in weight between birth and 16 years;  most development changes are completed by the age of 25

One should also consider simply the logical and very real consequences if a “person” is defined only in terms of the actual exercising of “rational attributes” or of “sentience.”  What would this mean for the following list of adult human beings with diminished “rational attributes”: e.g., the mentally ill, the mentally retarded, the depressed elderly, Alzheimer’s and Parkinson’s patients, drug addicts, alcoholics’ and for those with diminished “sentience,” e.g., the comatose, patients in a “vegetative state,” paraplegics, and other paralyzed and disabled patients, diabetics or other patients with nerve or brain damage, etc.?  Would they then be considered as only human beings but not also as human persons? Would that mean that they would not have the same ethical and legal rights and protections as those adult human beings who are considered as persons?  Is there really such a “split” between a human being and a human person?

Now that we have established scientifically that unborn babies are people, we need to deal with two more left-wing nuts – Julian Savulescu,  Professor of Practical Ethics at the University of Oxford and Louis Matheson, visiting professor at Monash University  who are attempting to put Eugenics once again on the front burner.  These adorable professors believe that for the sake of the environment, embryos must be tested not only for diseases, but for their intelligence.  While they are willing to admit  they cannot guarantee that attempts to only bring perfect children into this world would be successful in helping  the environment, it would “reduce the chances of bad things happening and increase the chances of good things happening.”  Margaret Sanger  would be so proud!

Professor Savulescu says “It’s a basic evolutionary drive to want your children to succeed and survive.  “I’d find it more surprising if people didn’t care if their baby was healthy, attractive or intelligent as they are traits that increase chance of survival.”    A recent study at Harvard University found that people with blue eyes tend to be more intelligent and gain more qualifications whereas those with brown eyes have better reaction times, making them better at activities such as football and hockey. And another found than blondes earn more than their brunette colleagues.

The problem with things like intelligence and creativity is that we’re not sure what emphasizing one gene will do to other elements of the personality,” says Salvescu. “Increasing the creative potential of a child may make them more prone to mental health issues.” He does however say that once the technology is available to screen for things like intelligence, it’s our ‘moral obligation’ to use it as it is likely to benefit society as a whole.

There’s also something called the Theory of Parental Investment to consider – bringing up a child takes a lot of time, effort, energy and biological resources, so you’re genetically programmed to attempt to get the best one you can.

“Watching this generation hotly pursuing education without dealing with morality, character, honesty and Godliness has now convinced me that we are long passed the need for soap.  In fact, we have arrived at the place of total perversion in a society that now demands recognition for its competence and intelligence in spite of the fact they are completely void of any purity.”  Michael Bresciani

← Does Holiness Matter Anymore?
Encouraging Immodesty Is Not Empowerment →