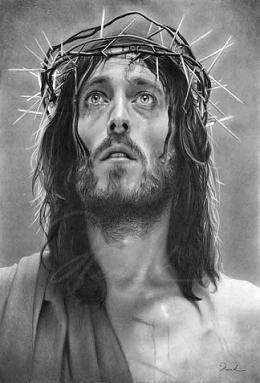 Have you ever thought about what your life would be like today if Jesus had never been born?

When God took upon Himself the form of man through the birth of his only begotten son, He imbued mankind with a dignity and inherent value that had never been seen or heard of before.

Dr. James Allan Francis put Christ’s life and influence into perspective in his famous narrative One Solitary Life.  “He (Christ) was born in an obscure village, the child of a peasant woman.  He grew up in another village where he worked as a carpenter.  He never wrote a book; He never held an office; He never had a family or owned a home; He never went to college; or  traveled more  two hundred miles from the place where He was born.  He did none of the things that usually accompany greatness – He had no credentials but Himself. All the armies that ever marched, all the navies that ever sailed, all the parliaments that ever sat, all the kings that ever reigned, put together, have not affected the life of man on this earth as much as that one solitary life.”

Prior to the birth of Christ, human life was exceedingly cheap and expendable.  Even today, in some parts of the world where Christianity has not penetrated, life is still exceedingly cheap.  In the ancient world, child sacrifice to pagan gods was common.  In classical Rome or Greece, unwanted babies were abandoned to die or be eaten by wild animals.  And those who survived infancy became the property of their father who could kill them at will.   It was only the influence of the Christian church that brought value to human life and through Christianity that infanticide was outlawed.

Prior to Christian influence, a woman’s life was cheap.  In ancient cultures, the wife was the property of her husband, just as it is today under Islam.  Aristotle said that a woman was somewhere between a free man and a slave.  Plato taught that if a man lived a cowardly life, he would be reincarnated as a woman and if a woman lived a cowardly life, she would be reincarnated as a bird.

While it has often been said that the Chinese and Japanese worship their elders, it was only after exposure to Christianity that they built homes for them.  Throughout history, many tribes and peoples killed off their elderly, much as they killed off their unwanted babies.  Prior to Christ, the value of the elderly was determined by the particular custom of each nation.  Today liberals are once again pushing the disposal of the elderly through mercy killing or euthanasia, just as they continue their push for the right to murder unborn children.

Evolution, in contrast with the Judeo-Christian concept that man is made in the image of God,  reduced man to the animal kingdom which lead to the kind of thinking that prompts environmentalists to go to enormous lengths to save an obscure fish  while ignoring the murder of the unborn.   Liberal humanist Ted Turner, when speaking at a conference in Miami Beach in 1992, blamed overpopulation for  drive-by shootings and other social ills but specifically condemned Christianity for posits that people are more important than sea otters and elephants.

In a 1991 article in Wild Earth: “If you haven’t given voluntary human extinction much thought before, the idea of a world with no people in it may seem strange.  But, if you give it a chance, I think you might agree that the extinction of Homo Sapiens would mean survival for millions, if not billions, of earth-dwelling species. . .Phasing out the human race will solve every problem on earth – social and environmental.”

Prior to Christianity, people killed other people as sport.  Rome would use gladiators (slaves) to fight to the death to thrill the masses.  Emperor Trajan held a spectacle wherein 10,000 gladiators were killed in a span of only four months.  It was also sport for the Roman empire to murder Christians in the arenas by turning lions, panthers, bears, wild boars and bulls loose among them.  Nero held parties in his gardens which were lit  with human torches.  It was only under the Christian influence of Emperor Constantine that these atrocities ended.  Today in the Colosseum, in the very amphitheater where tens of thousands of Christians were sacrificed for sport, there stands a large cross, a silent testimony to the victory of Christianity over the brutality of the ancient world.

The concept of sanctity of life is a spiritual concept; it is a Christian concept.  The word sanctity comes from the Latin “sanctitus” from “sanctus” meaning “holy or sacred unto God, inviolable, that which God has declared is of great value.” Unfortunately today, through the influence of socialist, progressive elitist, we have drifted from a sanctity of life ethic to a quality of lie ethic.

To most progressives, socialists, communists, humanist, etc. there is no such thing as sanctity of life.  Unless there is a God, there cannot be a sanctity-of-life ethic. And with such a low view of mankind, is it any wonder that man  killed more of his own during the twentieth century than in all other centuries combined?  Only by the resurgence of modern paganism, in a post-Christian culture, do we find the Nazi concentration camps, the Soviet gulag, the American abortion clinic.

Quality of life is a physical concept.  No one person can look at another and determine the quality of that person’s soul.  Life is not merely molecules in motion.  As a Christian we believe that there is an infinite, eternal, and unchangeable God who has given us an eternal soul, an inalienable right to life.

When Supreme Court Justice Harry Blackmun wrote Roe v Wade he said “If I were to appeal to religion, I would appeal to the religions of Rome and Greece” which, of course, practiced and encouraged abortion, infanticide, euthanasia, suicide, and all the rest, including the Colosseum.

The morality of any society can be judged by the view it holds of human life.  Remove Christ from the history of the world and the value of life has no value.  You who are reading this article might very well not be alive today if Christ had not been born!

Source:  What If Jesus Had Never Been Born, by Dr. James Kennedy and Jerry Newcomb