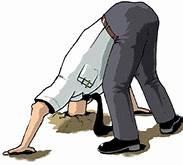 Most people who read history would like to think that if they had been present at some pivotal point in history, they would have chosen the right side—with the Allies and against the Axis, with Wilberforce and against the slave traders, with the Romans and against the child-sacrificing Carthaginians.

Well, now’s your chance. Because it looks very much as though we are at one of those pivotal moments—possibly at one of the major turning points in history, and probably one of the most dangerous.    I refer of course to the struggle between Islam and  West traditions.   On a larger view, the struggle can more accurately be described as a conflict between Christianity and Islam, because if the West loses its Christian soul, it will also lose the ability and the will to defend its freedoms.

Of course,  there are always those who deny that there is any “clash of civilizations,” those that assume  all religions and all cultures want the same thing and who assure us daily that the “tiny”  handful of trouble makers in the Muslim world do not represent the vast majority.   But time and again, polls have shown that at least a majority of Muslims want to be ruled by sharia law—a throwback to the harsh legal system that developed in seventh-century Arabia. Contrary to “enlightened” expectations, it turns out that a great many Muslims in a great many places favor cruel and unusual punishments for crimes real or imagined along with preferring their women barefoot and pregnant.

The mere existence of Jews, Christians, and other minorities is considered an affront by many Muslims. As a result, discrimination against non-Muslim is endemic in the Muslim world. It can’t be blamed on a tiny minority of bigots, because just about everyone—including police, government officials, employers, and next-door neighbors—expects unbelievers to know their place.

Of course there are those who simply note the atrocities perpetrated against non-Muslims and then continued to go about their business as though nothing had happened. But, to paraphrase Trotsky, “You may not be interested in the clash of civilizations, but the clash of civilizations is interested in you.” For a long time, people in the U.S. and Europe were able to ignore the barbarities in Africa, Iraq, and elsewhere. But then the clash of civilization moved north and into Europe. When the “clash” made its appearance in the streets of Paris, in Christmas markets in Germany, and in a concert hall in Manchester, only the willfully blind could fail to notice.

And apparently, there are a lot of those.  In Europe, America, and Canada, the elites in government, media, academia, and even the Church continue to insist that there is no clash. That’s true in a sense. You can’t have a clash if only one side is fighting. And thus far the pushback against jihad—both of the armed variety and the stealth variety—has been feeble. The elites won’t even contemplate the obvious first step—tight restrictions on Muslim immigration.

Moreover, they do everything they can to cover up the clash. Police aren’t allowed to report on the extent of immigrant crime, news media won’t carry stories about the crimes unless they are exceptionally violent, outspoken critics of Islam or immigration are brought before magistrates, and ordinary citizens who post “Islamophobic” remarks on Facebook are visited by police.

The West’s self-imposed blindness to what is happening forces us to another observation about the historical turning point that is now developing. The battle is not simply a civilization struggle between Islam and the West; it also involves a war within Western civilization itself. Many of our Western institutions now reject the Western heritage, and many of them have effectively taken the side of Islam.

On almost any issue involving a conflict between Islam and traditional Western values,  academia,  the media, the courts, and many of the churches stand with Islam. And while they may rationalize their actions as nothing more than a defense of the civil rights of Muslims, they fail to recognize the seriousness of stealth jihad,  a system they are facilitating.  The main form this facilitation takes is the suppression of any bad news about Islam.

With a few exception, these enablers of cultural jihad are secular progressives.  Despite their moniker progressives can be decidedly regressive.  They champion abortion at every stage of pregnancy—a practice which suggests that the distance between us and the child-sacrificing Carthaginians is not as great as we may think.  Progressives promise to pull us into the future, yet they often act to drag us into the past.  Several progressive voices now want severe restrictions on freedom of speech which has already happened on college campuses where hate speech codes effectively stifle free expression.  The “enlightened” progressives who run Google, YouTube, and Facebook don’t have much use for freedom of expression either.  Critics of Islam are particularly liable to be restricted, suspended or banned by these Internet monopolies.

We stand at a decisive point in history. Choosing to stay on the sidelines only serves to increase the odds that these regressive forces will triumph.

Source:  A Turning Point in History by William Kilpatrick, which you can read in its entirety at this link.

← Ten Illusions and Realities
Danger of the Slothful Yawn →