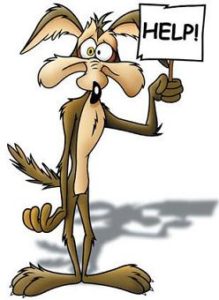 Meghan Laskocky, a graduate of the left-wing U.C. Berkeley School of Journalism, wrote an opinion article for CNN, Face it: Monogamy is Unnatural, in which she argues that we must show a greater tolerance for the “if it feels good, by all means do it” generation.  Claiming that since man is biologically only an animal, “it makes sense to look to the animal kingdom for clues as to what we are built for,” and animals, she writes, don’t practice monogamy.

“It’s time for our culture to wake up and smell the sex pheromones,” writes Laskocky.  “Monogamy is not natural for many, or probably most, humans.  And, with people living longer than ever before, a greater tolerance toward the human impulse to experience sexual variety is needed.  Whether a person succeeds at being sexually monogamous depends as much on biology as environment.”

Sexual variety may well explain that nonexistent “right of same-sex marriage,” that the U.S. Supreme Court “discovered” in the constitution but the left’s end game is not that simplistic.  They seek the total destruction of anything reeking of morals, values, traditions, religion, anything that continues to bind Americans together.  What other sexual perversion can the “if it feels good, why not” generation come up with you ask?

They are already pushing to decriminalize the rape of your children so can bestiality be too far behind?  Of course the left would prefer that you not even consider this slippery slope but, using their logic – that no moral standards should exist other than the desires of the individual -, these questions must be asked and answered before it is too late, if if isn’t already too late to stop the hemorrhage.

The thing of it is, Laslocky is very selective in her choices of animal observations and behavioral comparisons for her open marriage concept.  If we’re going to use “other mammals” as moral examples, then we have a problem of the highest order, like what  constitutes “normal” (moral) among mammals?

Consider the case of Timothy Treadwell depicted in the movie Grizzly Man.  Treadwell lived among bears for 13 years and thought of them as his “family.”  In 2003 however, Treadwell and his companion, Amie Huguenard, were mauled and mostly eaten by one of the Alaskan grizzly bears he considered to be “All in the Family.”   Treadwell may have well thought of the grizzlies as his brothers and sisters but the bears thought of him as lunch.  For the bears, this was “normal” behavior.

Then there’s the case of Armin Meiwes who killed and ate 43-year-old Bernd-Jurgen Brandes.   What did Mr. Meiwes do that was wrong given the premise that animal behavior is a normative model for human behavior?  If the bears that ate Treadwell were only doing what came naturally, then how can the cannibal nature of Meiwes be judged as abnormal given animal normalcy assumptions?

Then you have to consider another set of left-wing nuts – Randy Thornhill, a biologist, and Craig Palmer, an anthropologist – who decided that rape is a “genetically developed strategy sustained over generations of human life because it is a kind of sexual selection – a successful reproductive strategy.”   At least that is the theory they put forth in their book, A Natural History of Rape.

While behavior patterns of animals may, at times, prove helpful in understanding our species, it should never be used to determine what is and what is not “natural” for humans.  In many remarkable ways, we are unique in the animal kingdom. No other creature, after all, builds highways, churches, businesses, schools,  or spaceships.   To call such accomplishments “unnatural,” would be ridiculous.  But then those left-wing nuts can be pretty ridiculous!

When God is completely removed from society, when the left has destroyed all basis for morality, what you have left is “normal.”   And on the left, “normal” includes same-sex marriage, the murder and dismemberment of innocent babies, rape, pedophilia, polygamy, and perhaps soon bestiality.

Despite the left’s onslaught against values, morality and family, monogamy is surprisingly common in the history of human evolution. Learning from the bones of our primitive cousins to the text of our ancient ancestors, we discover that dedication to family has been common among humans of many places and many ages.

“I believe that our Heavenly Father invented man because he was disappointed in the monkey. I believe that whenever a human being, of even the highest intelligence and culture, delivers, an opinion upon a matter apart from his particular and especial line of interest, training and experience, it will always be an opinion so foolish and so valueless a sort that it can be depended upon to suggest to our Heavenly Father that the human being is another disappointment and that he is no considerable improvement upon the monkey.”  Mark Twain’ in Eruption