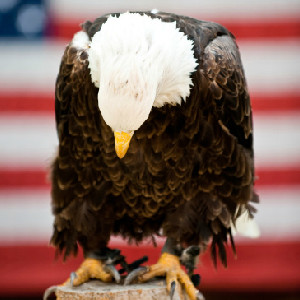 Are we really naive enough to believe that the aim of war involves the destruction of the enemy’s regime, and the imposition on the defeated of a democratic system with a prosperous economy?

In None Dare Call It Conspiracy, published in 1972, by authors Gary Allen and Larry Abraham, prefaced by Congressman John Schmitz, an assertion was made that the political and economic system in most developed nations were the direct results of a concerted effort by the establishment elites.  They believed that communism was controlled from the U.S. and pointed to the fact that Nikita Khrushchev, the most powerful man in the USSR, was deposed and sent to Siberia shortly after David Rockefeller visited Russia in 1964, to prove that point.

In Wall Street and the Rise of Hitler by Antony Sutton, published in 1975, it was alleged  that major corporations such as General Motors, GE, IT&T, Ford Motor, chase Manhattan Bank, Exxon, etc. actually  financed Adolph Hitler and provided him with the weapons and supplies he needed to wage WWII.

Sutton also wrote  Western Technology and Soviet Economic Development, in which he revealed that U.S. banks and U.S. corporations provided the Bolsheviks with the technology and money they needed to control the Russian people, while the American Relief Mission gave the Bolsheviks food and medical supplies to consolidate their control after WWI.

A third book by Antony Sutton, National Suicide, documented the fact that we, the U.S., financed the Soviet Union during the Vietnam era, allowing them to finance the North Vietnam against our forces.   Over 80% of the weapons used to kill and maim American soldiers came from Russia.  By the time we managed to extricate ourselves from this “police action” America and our allies had loaned Russia over $40 billion.

These theories and in some cases well documented allegations were immediately dismissed by the left as just another “right-wing” conspiracy theory.  But are they?  No matter how outrages some theories might be there usually exists just enough truth to make them plausible.

Conspiracy theory was once a  neutral  descriptor for any claim of civil, criminal or political conspiracy but come to almost exclusively refer to any fringe theory.  To conspire means “to join in a secret agreement to do an unlawful or wrongful act or to use such means to accomplish a lawful end.”  The  term “conspiracy theory” is frequently used by scholars and in popular  culture to identify secret military, banking, or political actions  aimed at stealing power, money, or freedom, from “the people”.

In 33 Conspiracy Theories That Turned Out To be True, Jonathan Elinoff writes that skeptics are important in achieving an objective  view of reality, however, skepticism is not the same as reinforcing the  official storyline.  In fact, a conspiracy theory can be argued as an  alternative to the official or “mainstream” story of events.   Therefore, when skeptics attempt to ridicule a conspiracy theory by  using the official story as a means of proving the conspiracy wrong, in  effect, they are just reinforcing the original “mainstream” view of  history, and actually not being skeptical. This is not skepticism, it is  just a convenient way for the establishment view of things to be seen  as the correct version, all the time, every time.  In fact, it is common for “hit pieces” or “debunking articles” to pick extremely  fringe and not very populated conspiracy theories.  This in turn makes all conspiracies on a subject matter look crazy.

Is there a government conspiracy behind every rock?  That I seriously doubt just as I doubt that the government is working with aliens or has a captured  UFO at Area 51,  or that “grays” are abducting people to perform outlandish medical procedures.  I can accept that there are things people have seen that they are unable to identify but, until a UFO lands in my backyard and some little grays hop off to whisk me away, I will continue to believe that these UFOs are some secret government experimental aircraft, just natural phenomena or delusion. I don’t believe in bigfoot either but rationally I have to accept that people have seen something they are unable to identify, which is most likely some undiscovered species. But as far as goat man, swamp monsters, and lizard man????  I think they were dreamed up by someone hoping to promote good ratings on tv.

Was our government behind the JFK assassination?  I believe that there are factions within the government capable of that. Did the Obama administration assassinate those that disagree with his policies? Capable yes, but where’s the proof?  Is Obama an American citizen?  Who knows and who cares at this point. His term of office is over and even if someone could find undeniable proof do you truly believe he would be prosecuted?  Is Hillary Clinton behind all those suspicious accidents and suicides that surround her and Bill?  Again, capable yes but responsible – who knows.  Is there a conspiracy to install a one world government?  Could you even call it a conspiracy when the left has been talking about it for decades?  If you believe or can accept the possibility of these events you have to also accept that there is little if anything anyone person could about it.

It is a known fact that in 1962 the U.S. Joint Chief of Staffs drew up and approved plans to launch a secret war against the U.S.  The idea was to launch terrorist attacks against our own citizens by hijacking airplanes, sinking boats, blowing up U.S. military ships, bombing pedestrian traffic areas, shooting innocent unarmed civilians, etc. and blaming it on Cuba in order to justify starting a way. Lyman Lemnitzer, Chairman of the Joint Chiefs actually sent this plan to Secretary of Defense Robert McNamara who passed it along to John F. Kennedy who refused the plan – not because it was morally wrong to kill innocent U.S. citizens, but because he believed the plan would cause irreparable distrust and disrespect around the world for the U.S. military.

That must make you wonder what else has gone on that we don’t know about. There is undeniable proof that our government, in bed with big corporations and pharmaceuticals, have performed secret medical testing on military vets and civilians in the past and is probably doing so at this very moment. There is documented proof that our government has been in collusion with terrorists, with dictators, with the most evil of tyrants, even to the point of financing the overthrow of governments, so I have no problem believing  that this “shadow government” is capable of plotting the destruction of the world’s governments or of murdering their own citizens.

Does this make me a conspiracy theorists?  No, it simply means that I took off the rose-colored glasses. Let’s be honest, government, aided by the world’s elite, have proved many times over that they can’t tell the truth about anything even when it’s staring them in the face. They either live in a state of denial, hope we live in a state of denial or, honestly believe that if they tell the lie long enough it will become truth.

The Fact is:  Real conspiracies do exist and for that reason alone, conspiracy theories can never be entirely dismissed.

← As a Nation, Have We Forgotten God ?
Cannibalizing Babies So Mice Can Live →