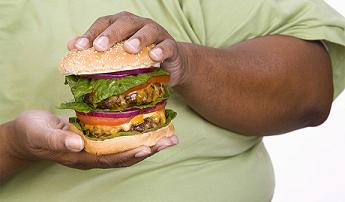 According to a 2014 study by  Rutgers University psychologist, Luis Rivera, published in the Journal of Social Issues, minorities are fat because of racial microaggressions.

In case you are not familiar with the term –  Microaggression is liberal terminology for “It’s Not My Fault.”

Microaggression is a term first coined by Harvard Medical School psychiatrist Chester Pierce in the 1970s that, at least in its original meaning, described an everyday slight or putdown directed toward a marginalized group (non-white, of course) that is so subtle that neither the target nor the perpetrator understands what is going on.  Say What? Unconscious racism that goes unnoticed by both parties is a problem?

Before you accept this Whine Theory as valid science, be aware that in a 1973 speech at the International Education Seminar, Dr. Pierce is also quoted as saying that all  five year old children entering school for the first time are mentally ill because their loyalty is to their parents, the Founding Fathers and a belief in God or some other supernatural being and it is the duty of government education to correct this mental illness.

Being a racist, in the eyes of Dr. Derald Wing Sue, another Whine Theorist,  is an inherited trait from our forbearers, that is “outside of the level of conscious awareness,” and the only way to stop it is to make “the invisible – visible.”   Dr. Sue further claims that racial, gender, and sexual orientation microaggressions are active manifestations of oppressive worldviews that create, foster and enforce marginalization. In other words, she claims we have been socialized into racist, sexist and heterosexist attitudes, beliefs and behaviors.  And because it is outside the level of conscious awareness, we engage in actions that unintentionally oppress and discriminate against others.  Again, do they not hear themselves?  If racism is genetic no one is responsible for being a racists so doesn’t that make it a non issue?

Examples of “unconscious” Microaggression might include a white male offering his seat to an elderly black woman. He isn’t necessarily being kind, he is unconsciously making the assumption that she needs the seat more than he does which contributes to her feelings of being marginalized.  A female physician wearing a stethoscope is mistaken as a nurse suggesting that the person is saying women are less capable than men.  Speaking loudly to a blind person doesn’t mean you’re just stupid, it means that you are telling them that they are lesser than you.  Again, do they not hear themselves?

Microaggression also includes using examples in the classroom that push “heterosexist” terminology such as “magnets are attracted to each other like males and females.” Apparently electricians engage in heterosexist oppression daily when asking their coworkers to pass a female or male connector. Heck, plugging a lamp in the wall is basically a hate crime to these idiots.

Some forms of the Whine Theory appear to require magic spells and unicorn blood derived from a Harry Potter spell, while others may in fact exist in a parallel universe where breathing is a crime.

“Microagression Theory, like Critical Legal Theory and it’s offspring, Critical Race Theory, Fem-crit, Lat-crit, and Queer-crit is racial and religious propaganda, designed to marginalize whites, Christians, and successful people. Every one of these theories intends to destabilize society and morality as it has existed for millennia.  Each theory increases the odds of making another theory a reality – Chaos Theory”  Lynn Baber.