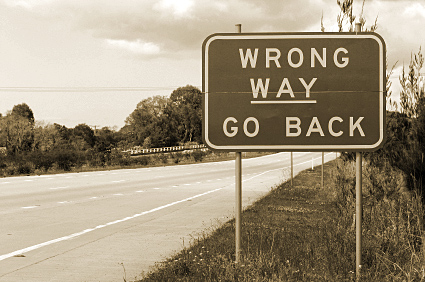 False Christianity permeates the United States of America. A good of example of this is the National Council of Churches which claims/boasts 40 million members in its 38 affiliated church denominations. Additionally, Pew and Gallup both suggest that about 10% of the USA does not believe in the existence of God, which comes to approximately 32 million persons. Combining the two groups, without any further breakdown according to religion, we have 72 million people who either reject the true and living God or are totally mistaken about the meaning of salvation and the essence of Christ’s gospel message as well as His life (National Council of Churches).

Thus, adding up the figures, including atheists and so-called Christian religionists, who nonetheless are not adhering to a doctrine even close to the doctrines taught and upheld by the Bible and taught by Jesus and the Apostles of Jesus Christ, the number of fake Christians and atheists comes to:  151, 800,000.  Approximately half the population of the United States is not even in the ballpark regarding faith in our Lord Jesus Christ.  Thus, those who say we are no longer a Christian country are right on target.  We are a divided country. The Godly vs. the Godless.

But it would even be an exaggeration for me to call “godly” all those who do not fall into the above-named categories of atheism and false religion.   Even among self-professed believers who are not in the above categories, there are significant differences.  Many who say they believe and are not in any of the above listed categories of atheism or false doctrine, nonetheless never go to church, have no testimony about their salvation by a holy and loving God, and look to religion as a “force for good” not as a path for personal salvation.  They believe in Jesus Christ when they are asked by the pollsters, but their “faith,” so-called, is nebulous, unsupported, and not a motive for life choices except in a vague way of not stealing or killing or some other self-serving ideas of “obedience.”  They may say “I believe in Jesus and try to live a moral life and be a good citizen, a law-abiding citizen.”  Thus, many of those who are not in the 151,000,000 noted above are still far from true faith.

In this context, can we be surprised that we are in the end times?  The Ten Commandments which was dictated by Almighty God at Mt. Sinai, and spoken audibly to all those at Mt. Sinai, not only to Moses, states “You shall not use the Name of God in vain.”  To many that means not using the Lord’s name in some spirited, shocked exclamations.  To others it means a solemn commitment to tell the truth in court when sworn in (now, in most courts, witnesses are allowed to say “I affirm” and do not have to take an oath on the Bible).  But have they considered that His name is being used in vain when the purpose and day-to-day activities of our lives is not driven by the desire to glorify Him in each and every one of our actions, as well as in our thoughts, desires, speech, and attitudes?  Is our conscience even driven by Biblical ideas and ideals of right and wrong or are we just floundering with some superficial ideas of the good inherited from our parents, reading the newspapers, or watching late night TV talk shows?

The Puritans were challenged by different individuals on the grounds that a doctrine of Godly civil rules and regulations (the Massachusetts colonies’ Code of Civil Liberties of 1648 was a unique first-of-its-kind expression of God’s will in establishing the “city on a hill” referenced in Matthew 5) was not needed since all of us has an inborn conscience which automatically connects us with Divine rights and wrongs. But the Puritan leadership properly saw – here I’m speaking about the Mathers and about Thomas Hooker in Connecticut – that the conscience must be educated by Biblical values, that is, by teachers in the churches and by Godly community leaders.  Yet, they were opposed by Roger Williams – the willful leader of Rhode Island — who believed in freedom of conscience.  His view became the basis for our First Amendment; yet, it is this writer’s opinion that the Puritan’s view was correct and that so-called “freedom of conscience” lends itself too easily to abuse and a falling away from the faith that binds us to a holy God.

The conscience, though connected with the soul, and thus an expression of salvation under the Holy Spirit which has regenerated the soul, also needs the leaven of godly input from outside, from teachers, preachers, prophets, and godly civil servants such as the early Puritan colonies had.  Now, without that input for centuries, that “conscience” as the center of individual righteousness is dramatically diminished or even dead in these United States. We have homosexual marriage, abortion, dilution of property rights, children bossing/dominating their parents, unbelievable levels of fear gradually subverting individual freedom.

We have an un-Biblical level of debt that is so great that the interest alone on our borrowing from the Peoples’ Republic of China [communist China] supports the annual cost of the army in that country! Jesus teaches us to save and grow our finances, not to dissipate that income in debt. Further, freedom of speech is being diluted before our very eyes. Expressing Biblical/conservative views in today’s society can lead to loss of employment and ostracism.  An example would be the clerk in Kentucky who went to jail for not signing a homosexual marriage certificate.  Thus, the “rights of conscience” have dissipated and in many instances are non-existent. I am crying out to God for that righteous, Biblical Puritan spirit to again be in control.

Can you begin to see where this writer is going?  Yes. We are witnessing a massive repudiation of the Living God and a repudiation of his holiness and His claims upon the sinful masses, even those who claim to worship Him or, at least, believe in Him.  This is why we must continually cry out in prayer to our holy God for the courage/fortitude which Joshua spoke of in Joshua 1:9 “Have I not commanded you?  Be strong and courageous. Do not be terrified; do not be discouraged, for the Lord your God will be with you wherever you go.”