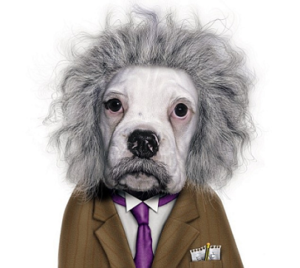 “When there is no anchor to reality, any delusion can be pushed onto a gullible, weak-willed and compliant society of socially terrified sheep. Where reason is utterly abandoned — even shamed — all of society suffers from the resulting madness.”  Mike Adams, The Rational Argument Against the Normalization of Transgenderism

According to what passes as science these days, man can spontaneously transform into a woman by merely wishing it to be so. Not only can they transform, they can have periods and give birth. In what world, you ask? In the delusional world of the same bunch of scientifically illiterate progressives who decided there is more than 31 genders, ranging from drag king to gender blender.

Cosmo jumped on the quest to see if it were true that men could have periods. Guess what – they don’t! Thank you Cosmo, I was really worried. Cosmo found that men, and I use that term loosely, can experience Irritable Male Syndrome due to a drop in testosterone during the month which makes them anxious, depressed and exhibit lower self-esteem. That goes a long way in explaining that picture of the dudes(?) in rompers. But if they don’t have periods why are colleges across the country putting tampons in the men’s room? I actually googled that question and according to one slightly insane co-ed, when men are morphing into women they still have periods. If they still have periods aren’t they still female?

Transgenderism demands that perfectly sane people abandon reason and agree to participate in a popular social delusion fueled by peer pressure. The Emperor’s new clothes are beautiful, are they not? The Emperor was a fool but what do we call people who think they are something they’re not? Shouldn’t we be encouraging them to get help?

If spontaneous transmutation isn’t bad enough, what about transAnimalism? No that is not misspelled – there actually are some very disturbed people out there that think they are animals. If we’re forced to live with the delusion that sexes can spontaneously transform, will we have to accept that the next door lady no longer owns cats, but is a cat? All kinds of questions pop into my mind like when she gets sick where do you take her – The emergency room or the vet? Will society demand she get human vaccinations or rabies shots? Who cleans the liter box?

Dr. Richard Corradi, professor of Psychiatry at Case Western Reserve University School of Medicine,  is dismayed that the political left have fully embraced this spontaneous transmutation agenda as a “civil right.” In the real world, where the majority of us live, hopefully, this movement is nothing more than an attack on traditional mores and customs, an “in your face” assault on conventional standards, practices and morality.

The very people who should know better have bought into the hysteria – just as “mental health professionals” a generation ago supported the child abuse delusions, and even participated in prosecuting the unjustly accused, so too have they fueled the fire of this delusion. The tragedy, of course, is that people suffering from identity issues do not get the help they need. “Reinforcing Delusions Hurts People.”

Progressives have made clever use of the powerful force of identity politics to destroy what is left of traditional values. Clearly, personal identity, the totality of one’s sense of self, does not consist simply of gender any more than it does of one’s race, ethnicity, religion, or class. To be politically effective, identity politics depend upon lumping people into groups that obliterate personal identities and characteristics. There are no individuals in identity politics, only amorphous masses of people with a common and defining property, one exploited for a political purpose.

The effect this delusion will have on our society and its institutions, including the military, remains to be seen but common sense says it ain’t going to be pretty!

“Pride predisposes us to a sense of ingratitude for our existence…and the existence of everything else.  Such ingratitude succumbs to the sin of cynicism, binding us to any sense of wonder in promoting mindless distraction in its place, closing the mind to reality.  Pride, ingratitude, cynicism, distraction and the closing of the mind – this is the five fold order of misperception which numbs our senses so that they no longer are able to sense or see the presence of REAL.”  Joseph Pearce