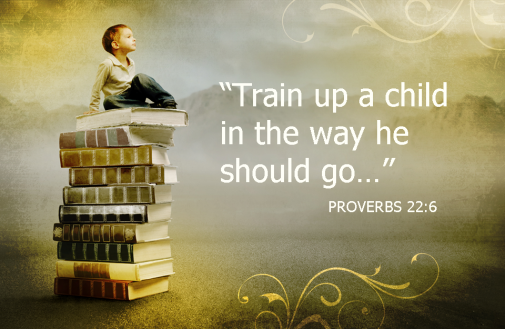 How do you know you’re being had by a slick politician? Writing in Mein Kampf about how to manipulate people and win power, Adolf Hitler said that since the average person had a very limited memory and a “slowness of understanding,” it was necessary to use only short, catchy slogans and repeat them often. Sound familiar?

Of course, this tactic isn’t restricted to any one leader, but is as old as demagoguery itself. Slogans are very effective, which is why they are the heart of advertising: “Coke is it!” “Just Do It” “Mmm mm good”    “They’re G-r-r-r-r-eat!” “It takes a licking and keeps on ticking” (setting things to rhyme or music facilitates memorization; this accounts for the rhythmic meter and repetitive structure in the Iliad and the Odyssey and why the Homeric bards were able to memorize such tomes). Sure, producers could sometimes provide technical explanations for why their products are superior, and often they couldn’t, but it doesn’t matter because they aren’t trying to appeal to the intellect. They want to engage you emotionally.

The reality of emotion’s power is why we have the Jesuit saying, “Give me a child until he is seven and I will give you the man” and the Bible’s counsel, “Train a child in the way he should go and when he is old he will not depart from it.” It’s why Boston College education professor William Kilpatrick wrote, quoting Plato on the Greek method for youth formation, that an “imaginative education” providing “examples of nobility and grace” “paves the way” for a “reasoned morality” by creating “an ‘erotic [emotional] attachment’ to virtue” and “making it more likely that the grown child will happily accept the dictates of reason.” Shape a person’s emotions when he is still wet clay and continue the process until he hardens, and he will likely be hardened on either virtue or vice, as the case may be. And, barring some vessel-shattering trauma or conversion, that will be the shape of the man.

Of course, young adults and older ones can be manipulated emotionally, too, especially when the approach appeals to their already hardened moral framework. And one of the most important aspects of self-examination is asking, “How have my emotions been shaped?” Am I embracing my beliefs because they are right or simply because they feel right? Am I, at least on certain issues, a person who cannot be reasoned out of a position because I have not reasoned myself into it, to paraphrase Ben Franklin?

I’ve also never seen a valid argument encapsulated in just one slogan or even saying. It’s surely true that “Boys will be boys,” but the psychological explanation of how exactly they act, or why, requires more than four words.

And just imagine that we applied what we accept from politicians to other areas in which we need expertise. Let’s say you went to a doctor and, upon asking for his prescription, he screamed “Health!” Or imagine you booked a lesson with a tennis instructor and his only advice for improvement was “develop skill!” I doubt you’d think the experience was worth the fee.

Now we come to the issues. Your position on, let’s say, marriage, abortion or immigration may or may not be valid, but if one word or slogan is all you have to back it up, you don’t have a valid argument for it. And if that is truly all you have, chances are that you were won over in an invalid manner — through sloganeering. Again, this is true even if the position you arrived at may happen to be valid.

“Equality!” or “Choice!” isn’t an argument; it’s a word. “Marriage equality!” or “Our strength lies in our diversity” isn’t an argument; it’s a slogan. By the way, the same applies to “liberty.” I surely believe man should have appropriate freedoms and that they’re being trampled today, but shouting “liberty!” tells us nothing about what “appropriate” freedoms would be exactly, how this is determined or how they can be secured. Note, this isn’t to say that battle cries aren’t sometimes useful and necessary. But the subject here isn’t rallying the troops but intellectual and moral growth.

Now, when analyzing whether we have arguments or just slogans, there is a trap we can easily fall into: thinking that arguing with others is synonymous with having an argument. Sure, if someone contradicts us on an issue we’re passionate about, we’ll certainly have our retorts. But the question is, if we were simply asked, without being challenged egotistically, to explain the reasoning behind our position, would our response amount to little more than a slogan? Do we instinctively fall back on slogans or reasoned arguments?

Having said all this, the medicine this article administers is insufficient for many of the patients it aims to reach. For it is not a slogan but is appealing to slogan-oriented people; it is the using of an intellectual appeal to address an emotional issue. It was understandable why Debby Boone sang “It can’t be wrong when it feels so right,” for something that appeals to the intellect but cannot touch the heart (either because of its deficiencies or because the heart is hardened to it) can never “feel” as good as what grabs the emotions because the intellect doesn’t “feel” at all. This bane of humanity is what C.S. Lewis spoke of in The Abolition of Man when writing, “Without the aid of trained emotions the intellect is powerless against the animal organism.”

Regardless, those who have ears to hear and eyes to see should take heed. As with the late Christopher Hitchens, whose great reasoning powers became clouded when discussing religion, even the best of us can have areas where we’re governed by that most unwise of helmsmen: passion. And whether individually or as a people, the more powerless we are against the animal organism, the more animalistic we become.

← Should Infanticide be Legal?
Noah’s Flood →