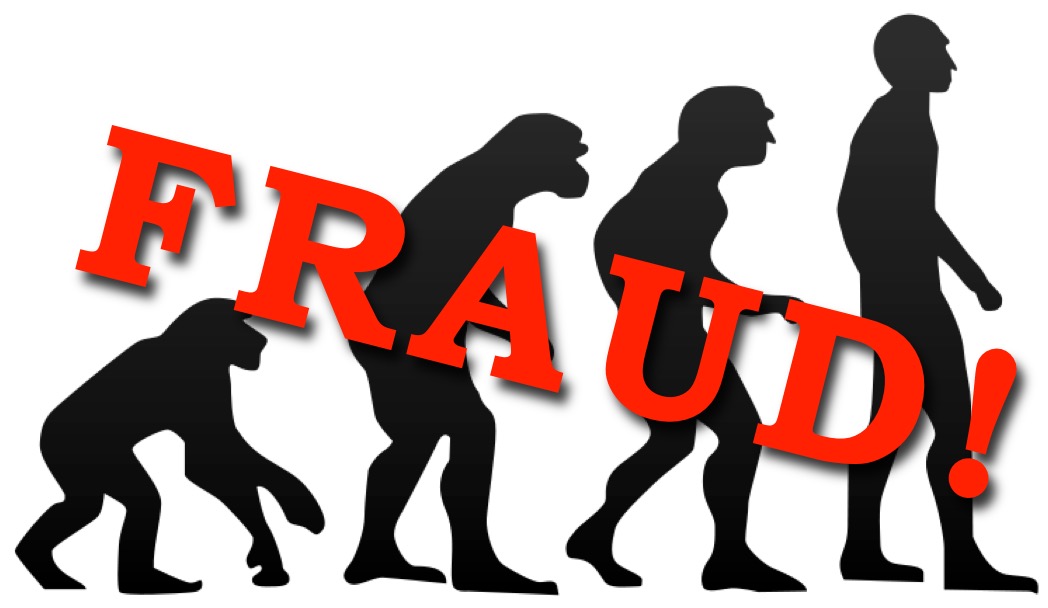 Charles Darwin and his devotees were not only pseudo-scientists, but they were also radical, rabid racists! Ernst Haeckel, a contemporary and fanatical supporter of Darwin, was a German biologist who laid the foundation of racism and imperialism that resulted in Hitler’s racist regime.

Edward Simon, a Jewish biology professor at Purdue University, wrote, “I don’t claim that Darwin and his theory of evolution brought on the holocaust; but I cannot deny that the theory of evolution, and the atheism it engendered, led to the moral climate that made a holocaust possible.”

Because I want to be balanced, honest, and factual, I am forced to include here that the ravings against the Jews of one of the world’s greatest, most principled men, Martin Luther also added fuel to the fire. All great men do a few stupid things in their lives because they are flawed creatures.

I wonder what the current “moral climate” is doing to students in public schools as they are taught they came from animals and are without any purpose in life? Could the incredible number and depth of our social problems be the result of Darwinism? I am convinced this is so, for if one believes that life has no purpose, and man came from beasts, then dignity, fairness, kindness, honesty, faithfulness, honor, and justice have no relevance and importance.

A well-known evolutionist Sir Arthur Keith assessed Darwin’s impact on Hitler and Germany: “We see Hitler devoutly convinced that evolution produces the only real basis for a national policy….The means he adopted to secure the destiny of his race and people were (sic) organized slaughter which has drenched Europe in blood.” Keith asserted, “Hitler (was) an uncompromising evolutionist, and we must seek for an evolutionary explanation if we are to understand his action.”

In Hitler: A Study in Tyranny, Alan Bullock wrote: “The basis of Hitler’s political beliefs was a crude Darwinism.” Adolph was aghast at Christianity’s rejection of Darwin’s theory. Hitler declared that “Its [Christianity] teaching was a rebellion against the natural law of selection by struggle and the survival of the fittest.”

Hannah Arendt wrote in her 1951 classic, The Origins of Totalitarianism, “Underlying the Nazis’ belief in race laws as the expression of the law of nature in man, is Darwin’s idea of man as the product of a natural development which does not necessarily stop with the present species of human being.”

John Toland’s Adolf Hitler: The Definitive Biography says this of Hitler’s Second Book written in 1928 but not published until after his suicide in his underground bunker within hours after his marriage to Eva Braun: “An essential of Hitler’s conclusions in this book was the conviction drawn from Darwin that might makes right.”

The unreasonable, unbiblical, unscientific philosophy of Darwin and his disciples laid a foundation for hundreds of years of hatred, barbarity, and unbelief reaching into the future and impacting millions of innocent lives.

If Darwin were alive today, he would be hooted out of the scientific community because he was not a trained scientist and because of his outrageous views about black people. Darwin thought that Blacks were closer to man’s ape “ancestors” than the white race! Wonder what the race baiters think of that?

Darwin’s disciple T. H. Huxley wrote, “It may be quite true that some negroes [sic] are better than some white men, but no rational man, cognizant of the facts, believes that the average negro [sic] is the equal, still less the superior, of the average white man….The highest places in the hierarchy of civilization will assuredly not be within the reach of our dusky cousins….” (I inserted sic in the above places not because he used the term Negro but because he did not capitalize it.)

“Dusky cousins!” How would that be received down at the National Association for the Advancement of Colored People? But it gets worse. Henry Osborne, who was professor of biology and zoology at Columbia University, said that Blacks were further back on the evolutionary ladder (nearer the apes) than Whites, and “The standard of intelligence of the average adult Negro is similar to that of the eleven-year-old youth of the species Homo sapiens.” Blacks aren’t human! Wow! The most KKK nut doesn’t believe that!

Edwin Conklin (died 1975), Professor of Biology at Princeton University and president of the American Association for the Advancement of Science, said that Blacks had not evolved as far as Whites and “Every consideration should lead those who believe in the superiority of the white race to strive to preserve its purity and to establish and maintain the segregation of the races, for the longer this is maintained, the greater the preponderance of the white race will be.” Well, maybe that was the reason Ed never received a lifetime Achievement Award from the NAACP. Too bad.The major haters of the last 100 years have been evolutionists. Men like Nietzsche (who often said God was dead, called for the breeding of a master race and for the annihilation of millions of misfits), Hitler, Mussolini, Marx, Engels, and Stalin were all outspoken evolutionists. Darwin’s dangerous book is credited for making mass killer Joseph Stalin an atheist and evolutionist.

Few people know Stalin was first an evolutionist then a revolutionist drenching Eastern Europe in blood. He was baptized after his birth in 1878 into the Russian Orthodox Church and at age ten enrolled in the Gori Church School where he found Darwin’s book on a shelf. He read it and began to doubt all religious truth, but at 16 he enrolled in the Spiritual Seminary in Tiflis. There he joined 600 trainee priests who lived at the seminary. His twisted evolutionary teaching helped turn him into a master monster of murder–killing 20 to 60 millions of people and spreading Communist hatred around the world.

E. Yaroslavsky, a close friend of Stalin, wrote about this in his Landmarks in the Life of Stalin, “At a very early age, while still a pupil in the ecclesiastical school, Comrade Stalin developed a critical mind and revolutionary sentiments. He began to read Darwin and became an atheist.” So, Joe Stalin attended two church schools and became an unbelieving Communist because of Darwin’s book.

Found in a church school!

Shortly after The Origin of Species was published, Friedrich Engels wrote to Karl Marx, “Darwin, whom I am just now reading, is splendid.” About a year later Karl Marx, responded, “During my time of trial, these last few weeks, I have read all sorts of things. Among others, Darwin’s book of Natural Selection,…this is the book which contains the basis in natural history for our view.”

These people and their theories have been responsible for the slaughter of multi-millions of people, and the destruction of freedom all over the earth. It is amazing that so many liberals, radicals, fascists, communists, and the easily impressed worship at Darwin’s shrine.

Obviously, the foundation of racism, hatred, and violence in the last hundred years is based in evolutionary teaching of the last one hundred and fifty years. This, coupled with not understanding that all people are created in God’s image and are to be respected until they prove by their actions that they are rebels against God and society made racism inevitable.

Dr. Don Boys  is a former member of the Indiana House of Representatives