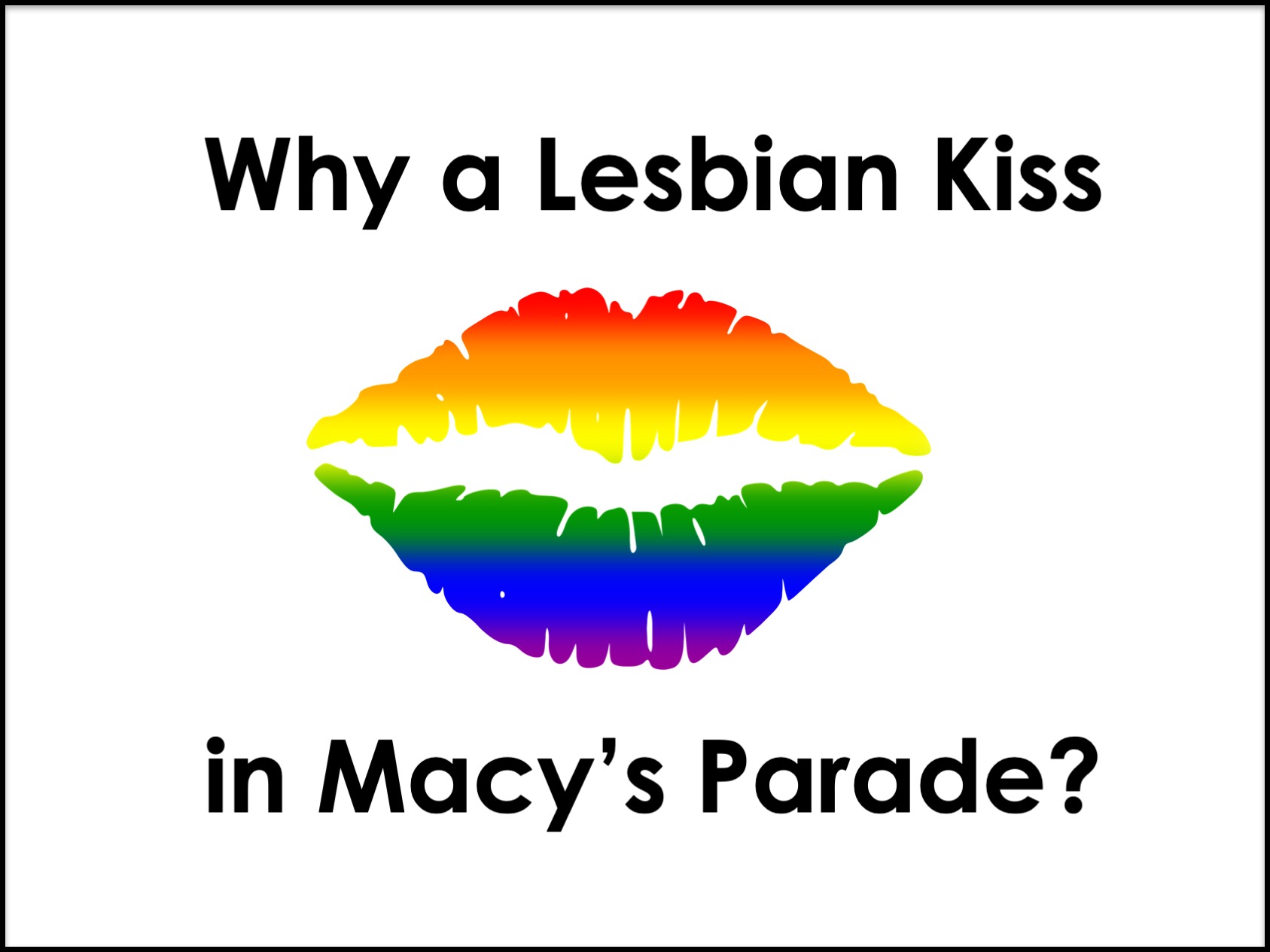 Macy’s Department Stores are now a showcase for perversion and disease. They sickly promoted homosexual acts as seen in the Thanksgiving Parade. It spotlighted an interracial lesbian couple’s deep throat kiss seen around the world. Remember, this parade is supposed to attract children and their families.

This was well planned since the TV cameras spent time showing that scene even though there was a full cast of the Broadway show, “The Prom,” that filled the street in front of the flagship store in New York City. So this camera shot was PLANNED well in advance to exhibit the ‘joys’ of lesbianism.

So how do these tactics help the Communist Cause? The Reds know that perversion and pornography works to WEAKEN the nations where it exists.

When this writer spent time behind the Iron Curtain in earlier days, I was told that the Playboy Magazine was banned from all Communist countries because, specifically, by making pornography available, men are weakened to the extent that they would be useless as an enforcer for the Party or as an opponent.

Then I was told how the Communist government would see Playboy Magazine distributed throughout the United States, with heavy promotion, for that very reason. This is why the push for everything immoral upon all citizens is important to enemies

This is also why Communist leaders want no religion, churches, or Christians in general. So how do you think so many church people have been introduced and ensnared into pornography? It was not an accident. But it has weakened the church which was the goal.

It has become such an important issue that parents today can no longer ask to see the material and books their children will study in schools. Schools are in existence today to groom kids into perversion.

Transgender freaks in dresses and full garish make-up now have story hours in the public libraries, where they read gender-bending stories to children.

As for Macy’s, do not patronize them. There are many other stores that handle similar merchandise. Many chain stores are closing. You know what happened to Sears. And Macy’s has already closed many of their stores due to shrinking business.

Let’s see that they close ALL of them. Don’t patronize them or watch their televised parade.  Macy’s sell overpriced items, plus have an annual world-wide television program that absolutely promotes deviancy.

Forget the big balloons. You can see fabulous floats at the Rose Bowl Parade. Do not surrender your mind or your money to Macy’s garbage. Obviously Macy’s is a Democrat run company.

To think that Macy’s, knowing this parade symbolized the coming of Christmas, a very holy day of the year for Christians, which proclaims the birth of Jesus, would give their middle finger to God by exhibiting the very thing that is an abomination to God, to smear the meaning of that day before millions of viewers. It’s time to say goodbye to Macy’s and their televised parade.