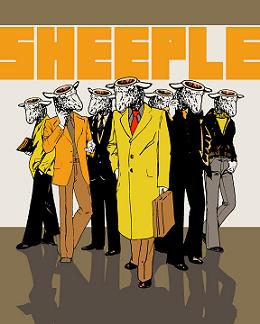 As long as they are not bothering you, I was told, let them be. It’s really none of your concern, I was told.   And they were right.  It really isn’t. As long as people do what they do without harming anyone else, their accountability and consequences are their own.  Let them be.

I thought that was enough. But it’s not.   Now I have to dodge and weave around men kissing men and women kissing women on television.   I have to listen to mainstream sodomy celebrants, transgender politics and  controversies over who should use which bathroom.

Live and let live is not enough. I don’t get to practice tolerance. Instead I am forced to practice acceptance – or face the thought police.   Sooner or later, I may be deprived of my freedom, my livelihood or my finances because I tolerate,  but will never  accept.

Not one of those supporting same-sex marriage has given the remotest thought of the consequences to a culture that goes down this path, or to the individuals who practice behavior that used to be considered, at a minimum, dangerous and unnatural.   AIDS has been reduced to a nondescript, non-gender disease. Never mind that 90% of sufferers are homosexual males.   The thought police have expunged that fact along with knowledge of the 40 diseases that homosexual males are at risk of receiving; or that life expectancy of a homosexual male is about 50 years.

The sheep are too busy “caring” about equality to realize that they are promoting death and disease and misery.   Preservation of the traditional family is an absurd concept to them.   They have no concept of consequences to the society in which they live. They don’t care. They just want to “feel good” about themselves. They want to be patted on the head because they are so “concerned” about justice.    Baa. Baa.   But they don’t care about the truth. They don’t care to look into it.  It might ruin their day.

Just like they don’t care about the plight of Black Americans who, on the liberal plantation, are less educated, less successful, more unemployed and more dependent now than at any time in the last 50 years.  It doesn’t matter to them that the policies of the left have tripled the food stamp use, and sent black teen unemployment rates soaring. It isn’t on the list of things to care about.   They don’t want to consider that perhaps all their “caring” brings about more misery than tolerance.  Or that “acceptance” kills.

They don’t trouble themselves about the 60 million plus dead babies that are the result of their “caring” for a “woman’s body,”  whatever the hell that means.   They don’t seem to mind that more black babies in New York City are aborted than born.  Who cares about them?  Not the sheeple.  Such details don’t put a dent into their thick sheep skulls.   Marriage equality – that’s the ticket!   Forget the suffering, and the dying.   They want “acceptance.” They want equivalence.

They don’t want to be accountable.  No one to tell them what do or how to live. Uh-huh.    Yet, they willingly march like lambs to the slaughter, following the Piper over the cliff.    They do exactly as they are told, think what they are told to think, and are unwilling or unable to fathom the inevitable peril that will follow.   They avoid the truth like moles avoid the sun.  The truth has no place in their religion of acceptance and equality.

Tolerance isn’t enough. They want it all. They demand it.  They demand that those of us willing to live and let live,  but not willing to discard common sense and our values, “accept” their worldview.   We must embrace their values.   Frankly, they make me sick to my stomach.   They leave nothing but misery in their wake.   That is not their purpose, but it seems to be their calling,  that and the debasement of everyone around them.

← Just Who is Obama?
Punishment for False Accusers →