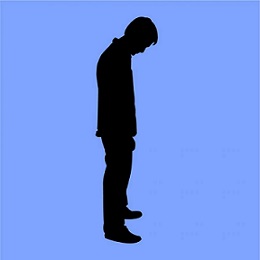 Tolerance of other views is one of the pillars of postmodernism. However, there is one group of people to whom this tolerance is not extended – those who believe truth to be important!”

Postmodernism is a philosophical movement that finds its origins in the philosophies of Nietzsche, Heidegger, Marx, and Freud. In essence, postmodernism stems from a recognition that reality is not simply mirrored in human understanding of it, but rather, is constructed as the mind tries to understand its own particular and personal reality. For this reason, postmodernism is highly skeptical of explanations which claim to be valid for all groups, cultures, traditions, or races, and instead focuses on the relative truths of each person. Reality only comes into being through our interpretations of what the world means to us individually.

It has become very pervasive in the Western world over the last generation involving every aspect of life from education to religion. On some points, particularly its attitude to truth, postmodernism is similar to New Age thinking. We all create our own reality. Emotions, feelings, intuition, reflection, magic, myth, and mystical experience are now center stage.

Postmodernism tells us that instead of searching for truth we should be content with interpretations. Knowledge is after all, merely a tool or power for coping with reality. Truth is constructed by the mind, it is made not found, and since many possible constructs are possible, none are sovereign. It follows then that the nature of truth is ambiguous and there is no such thing as true reality to discover.

The danger of postmodernism is that it tends to deny the ability to know things for sure. It even undermines the construction of language by stating that words can be interpreted differently, that language is fluid, and that the Bible, written in ancient languages, is open to various interpretations of equal validity. Given this underlying idea that nothing is truly knowable the very foundations of truth, both moral and spiritual, are suspect and open to reevaluation.

Postmodernism does not rule out religion as modernism did.  It is just that the religions that they approve of are far from traditional doctrines and even further from Christianity. Religion is served cafeteria style. You can believe whatever you want and go for what makes you feel good. You choose what you like from the spread in front of you and put a meal together that suits your taste. Since all moral values are relative, the question becomes not what is right but what will it do for me?

God tends to be ignored and even if He (she, or it) exists, He certainly has nothing to say about what we should believe or how we should behave. There is no absolute truth. As Wheaten College professor Roger Lundlin explains in The Culture of Interpretation “all principles are preference and only preferences – they are nothing but masks for the will to power.”

Tolerance is one of the pillars of postmodernism that is not extended to those who believe truth to be important. This intolerance is especially directed to those with common sense, those who can separate reality from fiction. Postmodern analyst Frederick Turner, for instance, in The Future of the Gods: Notes Towards a Postmodern Religion, calls for tolerance and the mixing of all religions into one giant happy congregation with the exception of evangelical Christianity which he calls “junk religion.”

Postmodernism demands the rewriting of history since what really happened in the past is either unknowable or unimportant. Where a Christian worldview sees history as the grand unfolding of God’s divine plan to redeem a fallen humanity, the more radical postmodernists see no ultimate purpose in history, advocating instead a nihilist perspective. Less radical postmodernists advocate the view that history is what we make of it, historical facts are inaccessible leaving the historian to his or her imagination and ideological bent to reconstruct what happened in the past. After all, since truth is relative, past history as we know it is fake.

This rewriting of the past contributes to empowering oppressed social minorities. Thus feminist histories attempt to expose a male-dominated, patriarchal past and point the way for empowering women. Likewise, homosexual histories are put forward, in response to perceived homophobic repression, to provide equality for homosexuals. Black histories emphasize the horrors of slavery to redress past maltreatment of African Americans. Every repressed group—minorities of all colors, ethnicities, nationalities, and sexualities—has an injustice that must be exposed in order to rectify the abuses of the past.

A sad symptom of this is seen in a survey indicating that 33% of Americans polled believe that the Holocaust may never have happened. In a few years the Civil War will be a forgotten part of America’s past. As Thom Nickels writes: “The left is taking us straight to the quarry of demolition. First it was the demolition of free speech on campus, now it’s the destruction of politically incorrect Civil War Monuments and tomorrow – it will be a vast Orwellian condemnation of standard American heroes like Walt Whitman and Abraham Lincoln.”