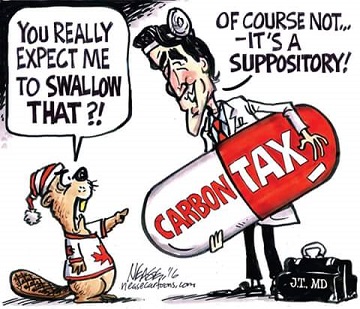 Let’s face it, our track record as human beings is not great. We see the bogeyman in every shadow but cannot recognize the forest for the trees. For example let’s take global warming or climate change or whatever they’re calling it today. We’ve spent billions worldwide fighting a bogus bogeyman and if the left have their way we’ll spend billions more, and for what?

Even though it is make-believe, it has become the “new crisis” of our time. Take for instance the New York Times headline on September 18, 1924, McMillan Reports Signs of New Ice Age; or on  March 27, 1933, America In Longest Warm Spell since 1776; Temperature Line Records a 25-Year Rise; or on May 21, 1975, Scientists Ponder Why World’s Climate Is Changing: A Major Cooling Widely Considered to be Inevitable, or on December 27, 2005, Past Hot times Hold Few Reasons to Relax About New Warming.   To summarize we’re being told:  We’re going to bake, right after we freeze, right after we bake, right after we freeze. Interesting!

Every major weather related event is now the cause of this faux redistribution plot of the United Nations and the world’s elite. If we have floods or a drought, if we have a hurricane, or a tornado, or a blizzard, earthquake or volcano eruption, if we have an early spring or late spring or early summer or late summer – It has come to the point where climate alarmists have been using every major weather event to describe how we are going to end the world; hot or cold, wet or dry. It’s nonsensical to say the least.

Do you remember Y2K? That was when our world would cease to exist as we know it because of our reliance on computer technology. We all held our collective breath as the clock struck midnight on December 31, 1999. Then it happened – we all woke up with hangovers from the night before and everything was normal.

What about December 21, 2012? I liked the movie, especially the part where all of California disappeared in the Pacific ocean. The sequence where Yellowstone exploded, blew my mine. But by far the best was that two engine airplane that outran a pyroclastic flow. Try that in real life!  But I digress. The funniest thing is, we all woke up on December 22 to realize the Mayans most likely ran out of stone.

And it’s not just the faux climate crisis – look at all the time and money wasted on trying to save endangered species. Part of the problem is that we have haven’t figured out what it means to be extinct. On February 11, 2004 the ivory-billed woodpecker was found in Arkansas after having been “extinct” for more than 60 years. In January of 2003, the New Zealand storm petrel was found living in New Zealand after being “extinct” for more than 150 years. Then there is the Truckee barberry listed for 25 years as “endangered” which turned out to be a faux pas since the Truckee barberry was the same common variety of barberry found from California to the Great Plains.  I could go on with more examples but the point has been made.

Whether it’s the climate crisis or extinction, it is pretty much the same money grubbing groups running the conversation. The very folks who demand that we believe we evolved from apes are the same people trying to convince us we’re killing the plant through global warming.

We have become so immersed in the smoke and mirrors of each new false calamity that we fail to comprehend those things that truly need our attention. But then again, perhaps the real reason behind all this climate hysteria is to distract us from those things which present a real threat to our way of life and our very survival – Today’s Democratic Party!

“One has to free oneself from the illusion that international climate policy is environmental policy. This has almost nothing to do with the environmental policy anymore, with problems such as deforestation or the ozone hole.  We redistribute de facto the world’s wealthy by climate policy.  The next world climate summit is actually an economy summit during which the distribution of the world’s resources will be negotiated.”  Ottmar Edenhofer, former UN IPCC co-chair.

← Remaining Faithful through Persecution in 2019
When Are Christians Going to Care About This? →