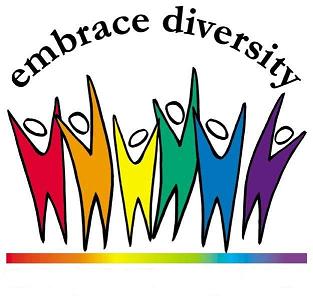 The attempt to redefine illegal immigration isn’t new.  If you think it has only recently come into the political arena due to the enlightenment of members of our government – you have been had.  It is a full blown concerted effort begun over fifty years ago by Socialist intent on changing America from within.

From our founding up to the 1980s immigrants were expected to assimilate into American culture, learn to speak English and follow our nation’s laws, including immigration laws.  But the progressive elite had other ideas – socialist ideas to change America’s identity and political structure.

During the 1960s the Ford Foundation created an army of progressive public interest law firms whose sole purpose was to advance the agenda of the left.  They funded  three left wing Latino activist organizations –  the Mexican American Legal Defense Fund,  the National Council of La Raza, and the Puerto Rican Legal Defense Fund – to transform the public debate about immigration.

The Mexican American Legal Defense Fund was the brainchild of Peter Tijerina, a Latino activist and a member of the Texas chapter of the League of United Latin American Citizens, which had been set up to defend the civil rights of new Latino citizens and to help them assimilate into American society. But Peter Tijerina, inspired  by radical Latino activist such as Cesar Chavez, who called for  social revolution and militant Reies Tijerina, a preacher who led a series of violent protests to occupy land he claimed “rightfully” belonged to Hispanics, having been stolen by Anglo ranchers and lawyers.  In 1967 Peter Tijerina asked the Ford Foundation for support in setting up a new Chicano rights organization based on the premises that Mexican Americans were a suppressed minority.

McGeorge Bundy, President of the Ford Foundation, a socialist in his own right, fully endorsed Tijerina’s plan and announced the acceptance of the new radical agenda, equating the situation for Latinos as equal to that of former slaves who had suffered more than a half century of legal segregation in the South and gave Tijerina $2.2 million over the next five years to implement their vision.

The Mexican American Legal Defense Fund’s sole purpose was to strengthen the ethnic identity of newly arrived immigrants – legal or otherwise.   In the 1970s they joined  with the ACLU in filing suit against the Immigration and Naturalization Service, charging them with discriminate and unconstitutional arrests and deportations of those with Latin appearances.   Ramona Ripston, head of the South California ACLU and a member of the National Lawyers Guild was lead attorney.    The National Lawyer’s Guild is another  far left wing group  who resolved in 1978 to “support the movement for full democratic rights for all noncitizens,” and to end deportations and manipulations “of borders carried out in the interest of Capitalism.”   MALDF pushes driver’s licenses for illegals, bilingual education and numerous other far left causes.   They are  funded by the Who’s Who of Far Left Socialist causes – the Ford Foundation, the Rockefeller Foundation, the Joyce Foundation, the MacArthur Foundation, George Soros’ Open Society Institute, the Carnegie Foundation, the Verizon Foundation, among others.   The MALDF has a long and sorted history but I would advise against going to their official web sites.  My security system advised that these sites contain Mal-ware.

La Raza’s true agenda was, and still is, radical –  a Latin version of the Alinsky grassroots movement.  Maclovio Barraza, the founding chairman was  previously cited by the government’s  Subversive Activities Control Board as a Communist Party member.  La Raza’s first executive director, Herman Gallegos, was a community organizer who had worked with Alinsky to set up local chapters of the Community Service Organization, a California based Mexican American activist group.

Today La Raza has become a major political organization, boasting the largest national Hispanic civil rights and advocacy group in the U.S.   With assets of $46.6 million, they have more than 300 affiliate organizations in forty-one states, lobbying for racial preferences, driver’s licenses, bilingual education, stricter hate crime laws, mass immigration, Amnesty, taxpayer funded job training and health care, to name a few.  They opposed the Patriot Act on the grounds that it “undermines the rights of noncitizens.”

The Puerto Rican Legal Defense and Education Fund now known as  Latino/Justice pushes multiculturalism, diversity, bilingual public education, voting rights, race based gerrymandering, employment quotas,  the promotion of Spanish as an acceptable alternative to English in the business world, Amnesty, in-state tuition, and expanded civil rights for illegals, among others.  Our new Supreme Court Justice Sotomayer served on their board of directors from 1980 through 1992 where she helped shape the organization’s activists profile, set their legal agenda and managed the legal caseload.  Gabriel Guerra-Mondragon, chairman of the board, served as Ambassador to Chile during Bill Clinton’s administration.

According to  David Horowitz, “these far left activist groups have radically distorted the concept of citizenship rights transforming them into “human rights” as though the establishment of such rights had nothing to do with the existence of a nation-state that was committed to those rights.”

Those rights were once reserved for “real” citizens and “legal” residents of the U.S.  but today, thanks to 50 plus years of far-left progressive ideas,  are widely presumed to apply to illegals who have no commitment to preserving them.   Today the immigration debate has been redefined to fit the parameters of the left.

With Obama’s election, many of these far left agendas have a powerful advocate, one who describes La Raza as a “bottom-up grassroots movement that can transform a nation,” who he promised he would “never walk away from. . .”

Thanks to far left Foundations these groups, in the battle over America’s borders, immigration policies and sovereignty,  have been financed to the tune of billions of dollars.   Now government has officially entered the fray on the side of the anti-border crowd, providing $325 million in funding to 501(c)(3) radical groups that advance Socialist causes.

In 1992 liberal historian Arthur Schlesinger, Jr. wrote “The Disuniting of America” in which he described the multiculturalists’ assault on America, noting that organizations like the Mexican American Legal Defense Fund has undermined America’s historical unifying creed of e pluribus unum in favor of a multicultural ideology where ethnicity and race are irreducible categories.

“Instead of a transformative nation with an identity all its own, America in this new light is seen as preservative of diverse alien identities.  Instead of a nation composed of individuals making their own unhampered choices, America increasingly sees itself as composed of groups more or less ineradicable in their ethnic character.  The multi-ethnic dogma abandons historic purposes, replacing assimilation by fragmentation, integration by separatism.  It belittles unum and glorifies pluribus.”

It is a recipe for the destruction of America.

← The Ultimate Irony of the ‘Native American Elder’ and the MAGA Hat Kids
Why Should Whites be Happy about Becoming a Minority? →