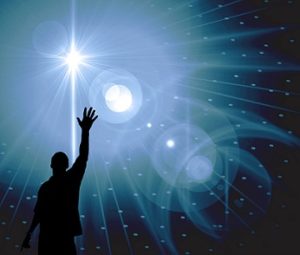 Is it possible to be spiritual and not believe in God? According to the Huffington Post, it is.

They sneer that  Christians can often be mean spirited and judgmental whereas a spiritual person is loving to themselves and others, to animals and the planet. “A spiritual person knows that we are all One, and consciously attempts to honor this Oneness.” Margaret Paul, Ph.D. goes on to write that yes, it is possible to be both religious and spiritual but only when you are operating in your religion from the heart rather than from the “learned dogma of the mind.” Isn’t that deep?

Dr. Steve McSwain, who refers to himself as “religious folk,” writes that even though you did nothing to get spirituality  “suddenly” you become “alive with sacredness,” you simple awake to the “realization of your natural state,” which “will leave you speechless.” He’s pretty sure that this is what happened to Paul on the road from Damascus. “Saul went into some trance-like state and when he woke up, he was Paul, he was different and nothing was ever the same.” He says it is the same story with every awakened soul, “whether Christian, Muslim or Hindu, or atheist. “Spirituality is not becoming more divine, but more human.”   Seriously? the bible doesn’t teach there are stages to being human.

Even Richard Dawkins, the “evangelical” atheist, is enthralled with spiritualism.  He said in an interview that he had experienced “wonder at the beauty of the universe, the complexity of life, the magnitude of pace, the magnitude of geological time…[something] which you could call spirituality.”

What all three of these “enlightened” academics are talking about is nothing more than the wonder, the inspiration of the beauty and complexity of human life, of nature in general. We all have it. I could spend hours watching water cascading down a mountain, or birds feeding their young.  There are days I wonder how birds know when it’s time to migrate, or how bees can find their way back to their hive or how they can grow seedless oranges with no seeds to start from. Then of course there are those days when I just contemplate how anyone could possibly think “reality” shows were entertaining or why God hasn’t wiped us off the face of the earth by now.  It has much more to do with a curious mind than spirituality.

For the secular, being ‘religious’ means abiding by archaic rules and dogmas, being the tool of an oppressive institution that doesn’t allow you to think for yourself. For those folks, religion is narrow minded dogma that stifles the growth of the human spirit, the most despicable of social evils, responsible for all wars and conflicts around the world.
Sadly, in part, religion is in fact responsible for many ills in the modern world and evils throughout history, among which is the persecution of Jews and other religious minorities, the endless religious wars, the Inquisition, not to mention the religious intolerance and zealotry that leads to terrorism.

But hey, atheism doesn’t have a perfect record either. In his book No One Sees God: The Dark Night of Atheists and Believers, Michael Novak points out that while many atheist thinkers urge us to question everything, especially the record of organized religion, atheists often fail to question their own record. Think of the cruelty and bloodshed perpetrated, just in the 20th century, by totalitarian regimes that have professed ‘scientific atheism.’ Stalinist Russia comes to mind.

Overall, in a relationship with God, spirituality cannot be fully realized without being  religious. Religion without spirituality becomes a dry list of dogmatic statements divorced from the life of the spirit. This is what Jesus warned against. Spirituality without religion can become a self-centered complacency divorced from the wisdom of a community.
The most common misconception about spirituality is that all forms of spirituality are equally valid. Meditating, chanting, communing with nature, seeking conversation with the spirit world, etc., may seem to be “spiritual,” but they are in fact false spirituality. True spirituality is possessing the Holy Spirit as a result of receiving salvation through Jesus Christ. True spirituality is the fruit that the Holy Spirit produces in a person’s life: love, joy, peace, patience, kindness, goodness, faithfulness, gentleness, and self-control (Galatians 5:22-23).

Religion itself tends to substitute the heartless observance of rituals for a genuine relationship with God. Spirituality tends to substitute connection with the spirit world for a genuine relationship with God. Both can be, and often are, false paths to God. The true value of spirituality is that it points to the fact that there is something and someone beyond this physical world to which we need to connect.

Christianity is not a religion like Islam, Judaism, Hinduism, Buddhism, etc. It is a reality, a way of life, a “personal relationship” with Jesus Christ. Karl Barth, in his voluminous Church Dogmatics, wrote that “the revelation of God is the abolition of religion. No religion can stand before the grace of God as true religion.”

← Why Should Whites be Happy about Becoming a Minority?
Time to Repeal the Disastrous 1965 Immigration Act →