A group of  Demoncrat Socialist and sell-out RINO’s are working together to force law abiding gun owners (they referred to as private gun dealers) to have to comply with the same laws (background checks on individuals) as licensed FFL dealers.

Sen. Charles E. Schumer (D-N.Y.) said in a statement that  “These negotiations are challenging, as you’d expect on an issue as complicated as guns.   But all of the senators involved are approaching this in good faith. We are all serious about wanting to get something done, and we are going to keep trying.”

Republican Oklahoma Sen. Coburn then declined to comment on the issue saying that he doesn’t negotiate through the press.

Sens. Joe Manchin III (D-W.Va.) and Mark Kirk (R-Ill.) have joined Coburn and Schumer in their talks and they anticipate RINOs   – could also endorse the plan.

More sellout Republican support is anticipated in part because the four senators involved in the talks have agreed that any new background check program would exempt private transactions between family members or people who completed a background check in order to obtain a concealed-carry permit, according to aides.

These senators  are considering the establishment of a new  online portal where buyers and sellers could conduct the background check,  or pay a fee to federally licensed gun dealers to conduct background checks for “private dealers.”     A record of the sale then could be turned over to a licensed retailer, sent to the gun’s manufacturer or kept by the seller.

Let’s Get One Thing Straight – There IS NO Such Thing as a Private Gun Dealer.  You are either a Federally Licensed Gun Dealer or a gun owner.

But Liberals, i.e. Socialists, Communists, Progressives and the down right stupid, would have you believe that anyone selling his/her own firearm is a dealer.    That’s double talk and double Bull Sh*t!

All Licensed gun dealers are required by law to pay for their Federal Firearms License and do background checks on the purchaser through the state police.   Licensed Gun Dealers are also under the scrutiny of the Bureau of Alcohol Tobacco and Firearms, which I like to refer to as the Bureau of SOB’s.   As you can probably tell, I have little respect for the department.

Back in the late 60’s and early 70’s,  ATF agents were decent. They and their jobs were respected.   By the late 70’s, ATF agents were using fake ID’s to make  straw-man purchases to entrap licensed gun dealers.    There was no law the ATF wasn’t willing to break to destroy the livelihood, family and reputation of a Federally Licensed Dealer.    Firearms dealers were indicted for  laws  the ATF deliberately broke.  Luckily there were Federal Judges who saw through the scam and found the dealers NOT GUILTY, even stating that the guilty parties were the  ATF agents.

Unfortunately due to  damages done by the ATF;   it  took dealers years to recoup their losses.   In the end, the dealers paid heavily in attorney fees and loss of business while the ATF had it’s hand smacked.  I guess you could say the ATF got part of what it wanted.

All this took place under the 1977-81 Carter Administration, another pro-communist liberal whose intelligence never surpassed that of the product he sold –  peanuts.

During Ronald Reagan’s presidency we were fortunate to have a president who upheld the Constitution and unashamedly acknowledged God. He loved our nation, life, liberty, the pursuit of happiness and wished the same for all Americans. With Reagan leading our nation, things were good and the liberal snakes layed low while regrouping around their new pro-communist soon-to-be-leader….”Slick Willie.”

Next we were stuck with GHW Bush,  a closet progressive/socialist who  brought us ‘Ruby Ridge’,  another entrapment and murder program by the ATF.   Randy Weaver  was an innocent man minding his own business yet he  and his family were targeted by the ATF for the serious crime of not trusting  the government……………and after what happened,  I’d say he had good cause not to trust them.

And that brings us to the 1993-01 progressive pro-communist Clinton presidency with his administration of vipers, Janet Rino and the WACO massacre. Under Clinton and Reno, the ATF was in full gear,  willing to murder innocent men, women and children …..which they managed  without conscience or remorse.

WACO  had nothing to do with illegal firearms – it was a show of power by the Clinton Administration, a test to see how far his administration could go and still have the acceptance of the citizens.   Life would have no value under operation “Showtime”. 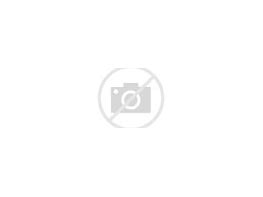 The picture on the right is the unidentified remains of  child approximately 2 years of age who  burned to death at the hands of our government.

The man they were after, David Koresh had broken no laws and could have been arrested at any time, but the government wanted to make the Branch Davidians an example.

All these innocent people were murdered for Gun control which was a major political issue in the first half of Clinton’s first term.   During  that time he lobbied for, and signed, two major pieces of gun control legislation, the Brady Bill and the Assault Weapons Ban.

“Waiting periods are only a step.   Registration is only a step. The prohibition of private firearms is the goal.” Janet Reno, US Attorney General, Dec. 10, 1993

“A cultist is anyone who . . . Has a strong belief in the Bible & the second coming of Christ; who frequently attends Bible studies; who has a high level of giving to Christian causes; who home schools their children; who have accumulated survival foods and have a strong belief in the 2nd amendment; and distrusts big government. Any one of these may qualify a person as a cultist and is cause for concern, but certainly more than one of these would cause us to look at this person as a threat and his family as being in a risk situation that would require government intervention.” Janet Reno, June 26, 1994 on ’60 Minutes’

Any of these liberal thoughts, actions and ideas sound familiar?

No longer stuck with Obama  who broke and/or ignored  numerous federal laws,  who believes the Constitution and our Bill of Rights are worthless,  who makes no serious attempt to hide his political lies,  proceeded to destroy our economy and  our healthcare system.  Obama hurried to fill every political office in the government with enemies of the United States and our Constitution.

The only thing Obama did not achieve was becoming a full blown dictator and disarming the American people. This is the true agenda behind more gun laws, rules and regulations by the Democrat Socialist.  It has nothing to do with the safety of our children or other innocent lives.  It’s about control over the people, and the people can only be controlled if they have no means of self defense.

“Firearms stand next in importance to the constitution itself. They are the American people’s liberty teeth and keystone under independence … from the hour the Pilgrims landed to the present day, events, occurrences and tendencies prove that to ensure peace security and happiness, the rifle and pistol are equally indispensable … the very atmosphere of firearms anywhere restrains evil interference — they deserve a place of honor with all that’s good.” George Washington

← Rights vs. Duties
The County Sheriff and His Duty →