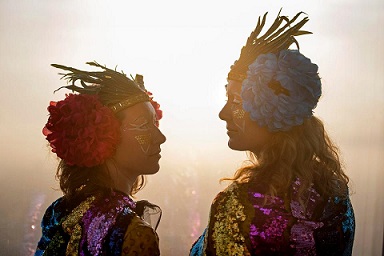 Does the immense, awe-inspiring improvement in human life brought about by what radical environmentalist call despoiling the planet not count for anything?

Apparently not, at least not since the world’s elite discovered the road to personal wealth and power through creating a constant state of fear, an ‘end of the world’ as we know it scenario. These greedy, corrupt, self-serving lying con artists, most with impressive credentials, seek domination and the destruction of freedom, all in the name of greed. Environmentalism has never been a conservation movement.

“The modern liberal, positivist (pantheist) project wishes for people to place their faith and good works into solving global warming and reversing environmental destruction, erasing cultural identity and superstition so that people may worship the scientific truth of nature, restoring the external, non-human world to its natural state, unmarred by grubby human hands.” Kevin Shoemaker

If you are not familiar with the term, pantheism is the belief that the universe is identical with divinity, that everything composes an all encompassing immanent god. According to the World Pantheist Movement web site, pantheism is compatible with Gaia worship, Stoicism, Atheism, Universalism, Humanism and “other forms of paganism” that see magic and the gods as symbols rather than objective realities.

In pantheism, ecological responsibility is central and obligatory, requiring a lifestyle and social activism on behalf of the environment. “The human species is one of the earth’s experiments among many, and it is largely up to us to see how it will turn out.” As Dr. Vishal Mangalwadi points out in his lecture for Resisting the Green Dragon, “it is a mad flight from reason to mysticism; rejecting God while seeking knowledge from mystical, intuitive interaction with nature.”

The UN offers its own earth Pantheism worship service – the Environmental Sabbath in which they call to prayer all people ‘to join with the earth and with each other for the ‘salvation,’ the healing of the earth,’ and the ‘renewal of all life.’ They urge the earth’s inhabitants to chant – “we live in all things; all things live in us. We live by the sun; we move with the stars.” What a new age crock!

To worshippers of ecology, evolution is god and the greening of the earth is their worship. These nuts have adopted a religion centered around humanity as an invading pestilence to be squashed beneath the sandals of the enlightened. To them humans must have their population controlled and even reduced to sustain mother earth.

At their very core, environmentalists hate capitalism, freely displaying their disdain for human life. If humans had possessed this attitude before the turn of the century, before environmentalism came on the scene, there would be little to fight for now. Most of us presently alive would likely have died in infancy, or more than likely never been born. Life as we know it would never have existed. Every person on this earth would have to spend all day just to gather enough food and water to subsist, a condition that was common prior to the industrial revolution and unfortunately, a condition that still exists for much of the third world.

In an environment in which all of your waking hours were devoted to subsistence, there would be no time to research life saving drugs, invent new technology, or find new sources of energy, erect skyscrapers, launch satellites to space or study black holes. In such a state there would be no internet, no Facebook, no smart phones, no surfing the web, no listening to music or playing video games. No time to watch the sunset, take a road trip, go to the moves, take a cruise, shop, watch TV, hike in the mountains or watch your children play.Humans thrive by improving technology, not abandoning it!

Comedian George Carlin said it best: “We’re so self-important. Everybody’s going to save something now. Save the trees, save the bees, save the whales, save those snails. And the greatest arrogance of all, save the planet…I’m tired of these self-righteous environmentalists, these bourgeois liberals who think the only thing wrong with this country is that there aren’t enough bicycle paths. . .The planet has been through a lot worse than us. Been through earthquakes, volcanoes, plate tectonics, continental drift, solar flares, sun spots, magnetic storms, the magnetic reversal of the poles…hundreds of thousands of years of bombardment by comets and asteroids and meteors, worldwide floods, tidal waves, worldwide fires, erosion, cosmic rays, recurring ice ages….The planet isn’t going anywhere, WE ARE!….The planet will be here for a long time after we’re gone and it will heal itself, it will cleanse itself, it’s a self-correcting system….”

← Is God In The Destructive Storms?
The Question that Americans Should Be Asking their Acting Representatives? Where Did You Get that Authority? →