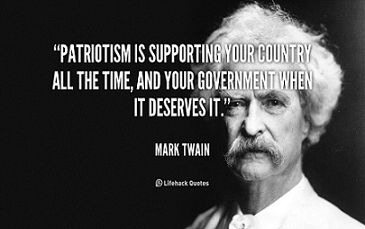 “Who needs direct repression when one can convince the chicken to walk freely into the slaughterhouse?” Slavoj Zizek

In an Orwellian age where war equals peace, surveillance equals safety and tolerance equals intolerance of uncomfortable truths and politically incorrect ideas, we’ve become adept at walking freely into the slaughterhouse, all the while convincing ourselves that the prison walls enclosing us within the new police state are there for our protection.

Call it doublespeak, hypocrisy, or delusion, the fact remains that while we claim to value freedom, privacy, individuality, equality, diversity, accountability and government transparency, our actions and those of our government overseers, the powers that be, contradict these much vaunted principles at every turn.

We say we disdain the jaded mindset of the Washington elite yet we continue to reelect politicians who lie, cheat and steal. We chafe at taxpayer funded pork for bridges to nowhere, documentaries on food fights, funding research on the sex life of fruit flies, and studies of mountain lions running on treadmills, yet we pay our taxes meekly and quietly. We object to the militarization of our local police forces and their increasingly battlefield mindset, yet we do little more than shrug. We keep spending big bucks on the latest technology that allows government and private industry to spy on our internet activity, listen in on our phone calls, read our emails, track our movements and occasionally punish us for comments on social media.

We allow the government to betray our trust, invade our privacy and abuse our rights, yet we keep going back for more! After all, the alternative, taking a stand, raising a ruckus, demanding change, refusing to cooperate, engaging in peaceful civil disobedience, etc. is hard work. But what we fail to realize is that by allowing these violations to continue, we not only empower the tyrant but we feed the monster.

We saw this happen with the police and their buildup of military arsenal, ostensibly to fight the war on drugs. The results: a transformation of America’s law enforcement agencies into extensions of the military, populated with battle hardened soldiers who view American citizens as enemy combatants.

The same thing happened with the government’s so-called efforts to “get tough on crime” by passing endless laws outlawing all manner of activities. The result: an explosion of laws criminalizing everything from parenting decisions and fishing to growing a garden, from collecting rainwater  to living off the grid.

And let’s not forget those private prisons, marketed as a means to lower government’s cost. Only it turns out that private prisons actually cost the taxpayer more money and place profit incentives on jailing more Americans.

Notice a pattern? We’re lured in with a scheme to make our lives better, our families safer, and our communities more secure but once we buy into it, they slam the trap closed. Doesn’t matter whether you’re talking about red-light cameras, DNA data bases, surveillance cameras, or zero tolerance policies, they all result in “we the people” becoming enemy number 1.

The government, a master in the art of violence, intrusion, surveillance and criminalizing harmless activities, has repeatedly attempted to clamp down on First Amendment activity under the various guises of fighting terrorism, discouraging cyberbullying, combatting violence or protecting Islam. In partnership with the elite of social media, the Internet has become nothing more than a tool to monitor, control and punish the populace for behavior and speech that may be controversial – but far from criminal.

Americans would do well to tread cautiously. Free speech in the public square, whether it be the internet, the plaza in front of the U.S. Supreme Court, or on a college campus, brings people together to express their grievances and challenge oppressive government regimes. Without it, democracy becomes stagnant and atrophied.   If free speech is not vigilantly protected, our Republic will drift toward fear, repression and violence.

“If you will not fight for right when you can easily win without bloodshed; if  you will not fight when your victory is sure and not too costly; you may come to the moment when you will have to fight with all the odds against you and only a precarious chance of survival.  There may even be a worse case – you may have to fight when there is no hope of victory because it is better to perish than to live as slaves.”  Winston Churchill

← With Friends Like These, Who Needs Democrats?
Enough is Enough →