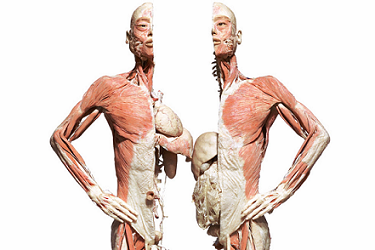 Death means the end of life as we know it. To Christians it is only a step into eternity. To the medical profession, it means the heart has stopped beating and the brain is no longer functioning. To a few on the left however, it means a chance to alter what it means to be dead.

An influential cadre of utilitarian bioethicists are claiming that “personhood theory,” the belief that moral value and even death can be determined by the presence or permanent absence of mental capacities such as self-awareness, should now be used to determine who is and isn’t dead, at least for the purpose of harvesting vital organs.

Princeton’s Peter Singer is the most renowned promoter of personhood theory which he claims justifies infanticide, a lethal act he sees as no more portentous morally than killing a fish since neither is a person. If he were the only one in academia who felt that way we could dismiss him as the nut-case we know him to be but unfortunately he isn’t. There are numerous doctors and professors who want to redefine death to expand the pool of potential donors beyond those that meet the current brain-dead criteria.

Robert M. Veatch, PhD, a Georgetown University medical ethics professor, say that the dead-donor rule should be changed to let patients or their families opt for a standard that takes a loss of functioning consciousness (short of brain death) as another kind of death. We’re not talking people on life support; we’re talking about living, breathing human beings. We talking about asking family members to decide if their loved one is worthy of life and if not, allowing doctors to remove vital organs that are keeping them alive. Sadly, this is not even considered outrageous in the field of bioethics who are attempting to put a scientific gloss on a doctor’s right to murder.

Changing the current definition of biological death to a subjective determination that “personhood” has ceased is dangerous. It will lead to death by organ donation, the mass murder of tens of thousands of persistently unconscious patients.  It will allow doctors to play God, to live-harvest organs for transplant or experimentation.

How did we get here?  When did we get so low as to even consider infanticide, euthanasia, or allowing doctors to lie about when death occurs just to harvest a patients organs?

In an article in the Journal of Medical Ethics, a publication owned by the British Medical Journal, Dutch medical researchers said doctors should be given power to kill patients who wish to die from euthanasia by harvesting their organs for transplants while they are still alive. So instead of killing them by lethal injection, people requesting euthanasia could be legitimately killed as their organs are stripped from them on the operating table during transplant surgery. Of course the authors of the paper themselves confirm that the combination of euthanasia and organ donation could undermine doctors’ motivations and encourage them to look beyond just the wellbeing of their patient. Personally I think that ship sailed when doctors agreed to take the life of their patients.   Killing patients is of course the definition of euthanasia. Suicide does not require a medical professional.

Redefining death would unleash profound evil upon the world. And there is no reason to think that the oppression such a policy would enable would be limited to the cognitively incapacitated and unborn babies.  Once we agree that human value should be judged on a sliding scale, how long before we begin to discrimination against “persons” based on the perceived quality of their personhood.

How long before we become like China where, according to Ethan Gutmann’s book “The Slaughter: Mass killings, Organ Harvesting, and China’s Secret Solution to its Dissident Problem” organs that sometimes wind up in American bodies, are taken not just from the worst Chinese criminals, as the government claims, but from prisoners of conscience, especially practitioners of the banned and derided practice Falun Gong, who never committed or were ever accused of capital crimes.  And making this far worse, though, are the revelations that authorities aren’t waiting for death to claim their bounty. In an effort to increase the chances of successful transplant, Gutmann writes, the organs are often taken from prisoners while they are still alive. He estimates that to date, more than 64,000 Falun Gong practitioners have suffered this fate, with more being added to the count every day.

As history has repeatedly shown, when we abandon the view that all of us matter equally, who matters and doesn’t matter depends on who has the power to decide.

← Jim Crow Rides Again
The Elephant in The Room: An Armed Citizenry vs. A Tyrannical Government →