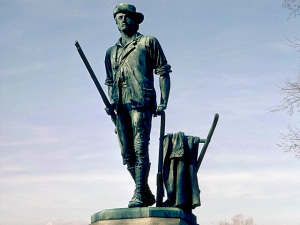 “Great nations rise and fall. The people go from bondage to spiritual truth, to great courage; from courage to liberty; from liberty to abundance; from abundance to selfishness; from selfishness to complacency; from complacency to apathy; from apathy to dependence; from dependence back again to bondage.”   Author unknown

Today our great nation is in a stage of complacency racing toward apathy. We must not digress further from apathy to dependence. We have a choice – it’s called involvement.  We can choose to follow one of two paths in life. One path leads to action and is filled with reason that leads to the light of knowledge. The other path leads to inaction and is filled with doubt and uncertainly that leads to darkness and despair. Only you can make the choice which path you travel.

Apathy is a lack of feeling, a state of indifference, the mindset and act of simply not caring. It’s not really so much an act of spite but an act of obliviousness.  In fact, according to one quote, the opposite of love is not hate because even when you hate someone, you still think about them, right? However, when you’re apathetic towards some thing, you simply don’t know and don’t care about it at all. I don’t really mind if you don’t care about trivial things because, after all, they’re only “trivial” things. However, what aggravates me to no end is the way a lot of you seem to care more about the trivial things in our country rather than the more important issues we have to address.

Complacency, on the other hand, is egotism accompanied by a total unawareness of your deficiencies and see no need to change or learn anything new. They both creep into our lives like a silent subtle haze; like a cold dense fog that materializes in the atmosphere at night, covering everything in a damp motionless blanket of indifference. From this haze a residue of decay forms, a decomposition of action.  It encourages encourages the absolute minimum. Why grow when things are going good? Why push the envelope when I don’t have to?

Apathy destroys the power of action and complacency destroys the action to empower. They menace our freedoms, undermine our liberties and threaten our very existence. When we practice indifference or become complacent, other dirty words materialize as obscure droplets on the surface of humanity. These dirty words are impurities caused by the direct association with apathy and complacency, words such as mediocrity, and  ignorance.  They tarnish the light of freedom; dime the flame of justice; and shroud the face of decency.

“Laws can embody standards; governments can enforce laws, but the final task is not a task for government. It is a task for each and every one of us. Every time we turn our heads the other way when we see the law flouted, when we tolerate what we know to be wrong, when we close our eyes and ears to the corrupt because we are too busy, or too frightened; when we fail to speak up and speak out; we strike a blow against freedom and decency and justice.” Robert F. Kennedy