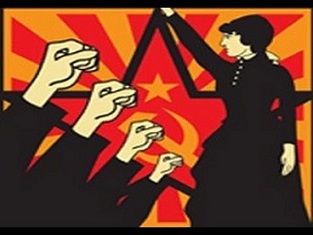 Jessie Daniels, a sociology professor at City University of New York’s Hunter College, who describes herself as an “expert on the internet manifestation of racism”  has decided that the nuclear family is one of the most powerful forces supporting white supremacy. In a series of tweets that has since been deleted Daniels argued that “forming a white family” and having “white children” perpetuates racism.  Even worse, they are guilty of promoting inequality if, when they die, they dare leave their wealth to (gasp) their white children.

The sacredness of the family also concerns her because “there’s a whole ideological apparatus to justify how f-cking sacred the family is,” adding that “nothing’s more important” because “until white people are ready to confront their own family’s racism [and] participation in systemic white supremacy, it’s not getting dismantled.”

According to Daniels, she’s not alone in her beliefs, citing “feminist” scholars Peggy McIntosh and Michele Barrett, who push the  left-wing garbage in their books that the nuclear family structure is a “fact to be lamented.”  Let’s eliminate all traditional families, all traditional values!! After all, it is much easier to control people who believe in nothing.

Peggy McIntosh is the founder of the National SEED (Seeking Educational Equality and Diversity) Project. She brags that since the first SEED meeting in 1987, the group has trained several thousand K-12 teachers in 40 states and 14 countries to push their garbage.  Known for her papers and essays on white privilege, McIntosh says that in order to study systems of advantage and disadvantage, “Whiteness is just one of the many variables that one can look at….All people in the U.S. have a combination of systemic, unearned advantage and disadvantage and it is not possible to do work against racism without doing work against white privilege.”

Social Theorist professor Michele Barrett is known for her  1980 study: Women’s Oppression Today: Problems in Marxist Feminist Analysis.  She has also  published several significant statements of socialist feminist ideas and analysis in collaboration with Mary McIntosh, including The Anti-social Family (1982) and ‘Ethnocentrism and Socialist-Feminist Theory’ (1985).

Marxism sees society as structured along class lines with economic power controlled by the Bourgeoisie who gain their wealth from the working class. The nuclear family, Marxism says, only came about because of and only serves to promote values of capitalism. Pre-capitalist tribal societies were classless and practiced a form of “primitive communism” where everything was collectively owned. These tribal groups existed in a kind of promiscuous horde in which there were no restrictions on sexual relationships and raising children was a village affair.

Black Lives Matters also promotes this Marxist theory.  One of the 13 Guiding Principles listed on their website states: “We disrupt the Western prescribed nuclear family structure requirement by supporting each other as extended families and “villages” that collectively care for one another, especially our children, to the degree that mothers, parents, and children are comfortable.” Perhaps that is what Hillary Clinton was pushing when she declared it “took a village to raise a child.”

There is a direct link between the fracturing of families and major societal problems, according to Robert Warren, president and CEO of Care Net.  Activists like BLM sees no role in society for a black male other than media-hyped props to promote an agenda that not only undermines them but excludes them from the black community as a husband and role model for their children.

A strong family built on the biblical model – a faithful marriage, a family focused father and mother – is something that any clear thinking person should treasure. As the fundamental building block of society, family was designed to provide the context for the nurture and training of each succeeding generation. In effect both parents serve as living models for their children. Children are a gift from God entrusted to us to love and guide in the development of their character, their principles and their values.

Groups like Antifa and BLM prove what a lousy job we’ve done to protect our children from the likes of left-wing academia.  We turned our back on our parental roles and turned them over to government to indoctrinate and dumb-down.

“Feminism is the ideology of the Darwinian Dead End. It is a rationalization of human extinction, a philosophy that justifies self-imposed sterility as more personally fulfilling than motherhood. Because feminists hate babies, they advocate abortion, promote contraception, and encourage hatred of men, marriage and heterosexuality, per se. . . .Feminism is a movement devoted to destroying the family. Feminist theory condemns marriage and motherhood as institutions of “male domination,” which is why taxpayer funding for Planned Parenthood is sacred to feminists: The road to “equality” is paved with dead babies.” Robert Stacy McCain

← This Is Where I Came In
A Matter of Princely Pull →