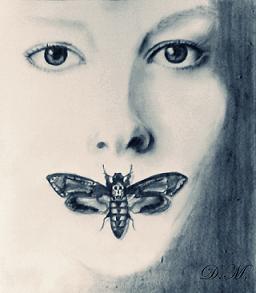 The mark of a good citizen at one time was the free display of personal conviction about ideas, beliefs and morals. But today, that kind of open manifestation has given way to what can best be described as an ostentatious display of “open-mindedness” attempting to appeal to the culturally fashionable values of tolerance and diversity. However, tolerance seldom extends to traditional Christianity.

There is no longer space for Christians to express their views about good and evil and its implications for law and public morality, or in some circumstances, even to live our lives in accordance with our beliefs. Today, tolerance is actually intolerant of faith, values and morals often ruled to be incompatible with the values of the secular state. Tolerance serves to banish the truth as the reference point against which all of us must test our ideas and beliefs.

Today’s aggressive secularism is hostile to any manifestation or expression of religious belief in the public sphere. Interference, superstition, ignorance, and discrimination, are just a few of the charges commonly leveled at believers. And they are charges colored by an aggressive hostility to religion in general that seeks to establish unbelief as the norm for our society. It is far better to do without religion altogether, they trumpet, to remove it from the common arena of life and embrace the fruits of secular reason.

Indeed, it is no longer widely considered appropriate at all for religion to be practiced in the full glare of the social and cultural realm. Far better, many say, for religion to be confined to the private realm of the mind where it can be considered almost a hobby or a taste preference with little capacity to cause offense.

Human rights and the religious premises that underline them are a product of the modern world alone. The governing ethical principle, which underlies our modern understanding of human rights is the moral equality of every human person and his or her right to liberty which flows from that, has its origins in the gospels.

The genius of Christianity is that by investing every individual with the God-given capacity for individual moral agency, human beings are no longer to be defined by location or status. Rather, life in Christ creates a rightful domain for individual conscience and choice. Christianity played such a decisive role in the development of the individual and the concept of individual liberty that it can be said to have changed the ground of human identity.

All citizens of a free society, whether or not Christian and whether or not believers in any religion, should have a strong commitment to upholding and defending religious liberty. Religious freedom doesn’t just concern our rule as citizens in the public sphere, it also concerns our freedom of choice in numerous nonpolitical aspects of our lives, ranging from whether we attend church to what we choose to spend our money on.

We must strive to ensure that religious voices are neither silenced nor confined to the realm of the mind. And, we must be vigilant in holding the government accountable for its responsibility to enshrine and uphold the right to religious liberty as a fundamental human right.

Source: Peter Kurti, Research Fellow at the Centre for Independent Studies, “Secular Prejudice and the Survival of Religious Freedom“

← DON’T DO SOMETHING, DO THE RIGHT THING
Violence Solves A Lot →