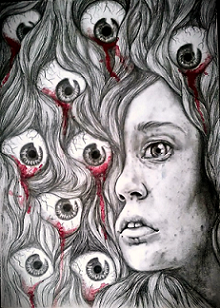 Once again, paranoia and hysteria are working their way through the cultural Left.

Now, that we have a Republican president that is championing religious liberty, and judicial picks that could shape the Federal and Supreme Court for decades to come, the left-wing has come unhinged.

Hoping to scare everyone into voting democrat in 2020 election, they are pushing false allegations of a coming religious theocracy.

Of course, the theocracy of concern to the left, writes Charlotte Allen of the Weekly Standard, is Christianity, “because Christianity is always what secular liberals mean by religion. It was never, say, an actual theocracy such as Iran, or Saudi Arabia, where a Koran-derived religious legal system is exactly the same thing as the civil legal system.”

No one could deny that there are fringe religious groups out there, as there are in all ideologies, but they neither represent the teachings of Christianity nor are they recognized by the majority of Christians. In fact, contrary to the utopian goals of Wahhabists, Zionists, and Dominionists alike, a theocratic government established by a political takeover is as foreign to Christianity as private property is to Marxism.

Christians aren’t perfect – like mankind in general, we are far from it. Jeremiah 17:9 tells us that “the heart is deceitful above all things and beyond cure. Who can understand it?” I John 1:8 tells us that if “we say that we have no sin, we deceive ourselves, and the truth is not in us.” The flesh is the enemy of our soul and constantly wages war against it.

James Madison had a realistic view of mankind when he wrote: “If men were angels, no government would be necessary.” He believed that mankind was prone to corruption and greed, but at the same time he saw virtue, believing that the government would be the true reflection of the people it represented rather than conforming to the evils of human nature.

As Paul wrote in Romans 13, government is not a human invention for power and control but a divine provision for order and the shaping of culture.  Of course, that doesn’t mean that government always fulfills its divine purpose. In fact, history books are full of governments that failed their high calling by succumbing to one of two errors: either that Caesar is God, or that God is Caesar.

When the state (Caesar is God) becomes a law unto itself, any external basis for justice and human rights and the rule of law is reduced to whatsoever the ruling body dictates. For such governments, the law is right, as Dutch statesman Abraham Kuyper said, “not because its contents are in harmony with the eternal principles of right, but because it is law.”

Whatever rights and protections are granted today, they can be overturned tomorrow with a change of mind or a change of regime. Examples include the fascist government of Nazi Germany and the communist regime of North Korea.

When a religious body, (God is Caesar), uses the power of the state to legislate every aspect of social life according to religious law, we see the theocracies of Muslim countries like Iran.

Interestingly, both scenarios leads to religious persecution. Under the secular autocracy all allegiance must be secondary to the state. Since, by its very nature, religion flies in the face of the claim that “Caesar is God,” religion is a threat that must be suppressed. Thus, the appearance of the gulag, where millions of citizens “disappear” either to labor as slaves or to be re-educated.

Likewise, a theocratic system cannot tolerate loyalty to any Sovereign other than the church-state. This is why Islamic states consistently top the lists for religious persecutions and human rights violations. However, even in a theocratic government, the religion of the realm is undermined. For where people in a free state would have converted because of a heartfelt conviction, in a church-state they convert either to avoid persecution or for political advantage. As a result, spiritual shallowness eventually erodes the moral strength and authority of the state religion, which serves to exacerbate the tyranny.

Our Founding Fathers came predominately out of the Judeo-Christian tradition. Consequently, although much ink has been spilt about a “wall of separation,” it was never the aim of the Framers to jettison God or biblical principles from the public square, or that government support of religion be considered unconstitutional. Rather, they understood that if society is to avoid “might makes right” tyranny, the standards of a just society must come from outside of society itself. They further recognized those standards to be the principles of virtue and justice revealed in the Judeo-Christian tradition. The Declaration of Independence reflects their religious viewpoint in the appeal to human rights, inalienable by virtue of the Creator’s endowment.

Likewise, the three-branch system of government is a direct product of biblically informed thinking. Recognizing the reality of human nature, the Founding Fathers established the separation of powers. They recognized that mankind’s inherent bent toward evil required a government with checks and balances to safeguard against abuse.

In conclusion, it can be confidently said that the Framers never envisioned creating a public square that was a religion-free zone. Rather, their objection was to a government sanctioned religion creating a de-facto state-church. In other words, “freedom of religion” was never intended to be “freedom from religion,” as it has read into the Constitution by the courts since the 1947 Everson v. Board of Education decision.

Our Founders acknowledged that society is best served when church and state are independent, yet cooperative, mutually supporting each other in promoting the common good, while respecting each other’s separate spheres of authority and responsibility. In this relationship, the state legislates, protects, and executes justice, while the Church informs about the principles of a just society.

What this means for panic-ridden secularists is that the coming theocracy does not depend on wresting political power from an earthly king, but on the arrival of a heavenly One.

Source: The Coming Theocracy: Boogeyman of the Left by Regis Nicoll