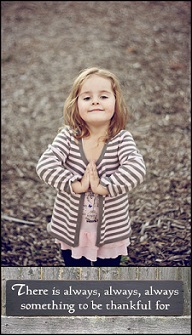 “The idea of human dignity – that we were created in the image of God – forms the theological underpinning of the ideas of human nature and human equality, the core principles of liberty. The notion that all men are sinners is the theological equivalent of the commonsense observation that human beings are drawn to their passions and prone to be selfish, and it informs the political idea that no one is to be trusted with absolute power or tempted to use it for personal gain.”  Matthew Spalding, “We Hold These Truths”

This writer is finding it difficult to reconcile being thankful with being angry. Being thankful is easy. This nation was blessed with liberty and the natural resources to make the most of it. Yes, we did build it, the freest, most prosperous and generous nation the world has ever known.  My anger is because we are in the process of throwing it all away.  The truth is we have been throwing it away for decades but now we are about to finish the job.

According to the leftist that we have permitted to control education and with what passes for American culture, liberty and opportunity are not sufficient. Government was never empowered to provide equality of results. The young, and many not so young, have been goaded to disdain a past about which they were never schooled. They don’t understand that the liberty and prosperity that define America did not happen in spite of the constitutional and moral order of our political inheritance, but because of it.

It is not only unbridled government and profligate spending that lead to ruin, but the abandonment of limits of all kinds. No nation in the history of the world has glorified decadence and fostered dependence and thrived.  But the lessons of history are wasted on egoists who believe themselves wiser than all the accumulated experience of humankind.

Me and mine are grateful today for our inheritance of liberty: for enjoying the bounty of our labors in the company of family and friends. But like Scrooge in the Christmas Carol the ghosts of possible futures haunt us.

The attempt made in recent decades by secularist thinkers to disengage the moral principles of western civilization from their scripturally based religious context, in the assurance that they could live a life of their own as  “humanistic” ethics, has resulted in our “cut flower culture.” Cut flowers retain their original beauty and fragrance, but only so long as they retain the vitality that they have drawn from their now-severed roots; after that is exhausted, they wither and die. So with freedom, brotherhood, justice, and personal dignity — the values that form the moral foundation of our civilization. Without the life-giving power of the faith out of which they have sprung, they possess neither meaning nor vitality.  Will Herberg,  (Judaism and Modern Man, 1951)

Source: What Would The Founders Think