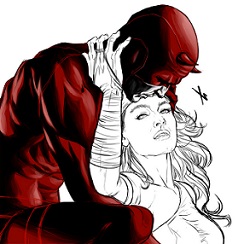 If madness is sanctified through a wave of pop-culture affirmation and nature is chased out with a pitchfork, what real argument does society have to declare anything wrong?

Throughout most of Western history both philosophy and religion took for granted the existence of a nature known by reason or revelation. Nature was seen as inherently good. Even the scientific revolution, with all its “nature, to be commanded, must be obeyed” pretensions, still flattered nature by attempting to imitate it.  That is no longer the case! Today’s society has embraced the leftist web of deception, an attempt to replace the natural order with a religion of Self as the final determiner of meaning, an idea that is pure fiction, an existentialist pretense.

When anarchy of though prevails, with no acknowledgment of natural, universal truths to strive for or guide us, the rule of the strong alone prevails. Whether it’s the left ignoring the natural laws of economics such as the law of scarcity, the law of unintended consequences, or the paradox of subsidies, or the LGBT gang rejecting nature’s dictates on the reproduction system, the common thread is the denial of obvious truths of nature.

To be told what you see in nature is not what you see is indeed madness. And nothing testifies to the race toward madness and the revolt against nature better than the entrenchment of gay marriage and transgenderism as acceptable cultural institutions. Now that the Supreme Court has discovered yet a another pretend “right,” the revolution against nature, begun a few decades back, has officially succeeded.

Modern progressivism, rooted in Social Gospel theology, “Religion of Humanity” ideas, is a direct descendants of a Medieval-Gnostic perversion of Christian theology, the Christian wing of the New Age movement.  America is far from secular.  Like Rome circa 325 AD, it is undergoing a spiritual revolution toward Gnosticism and embracing Satan.

Gnostics believe that “All” should be one and undifferentiated. Natural distinctions, such as the distinction between male and female or the distinct natural necessity of male-female coupling for procreation, are deemed corrupt. Likewise are the institutions arising from these distinctions, like marriage or family, inherently false and delusive. Such systems of this fallen world, and many others, only conspire to create prison cells for our minds, trapping us into perverse thinking.

Only an elite few have within themselves a park, sometimes referred to as the “higher Self,” of the original One. Salvation occurred only when the higher Self awoke to the prison cell of this world order, with all its systems and institutions, and returned to its primordial state of oneness, where no distinctions exist. Rebellion against the natural order was thus salvific, a liberation of the true Self.

Progressive ideology is the destruction of mankind and denial of God, both of which are the goals of Satan.

← So the UN Doesn’t Want Your Guns?
“The Great American Fraud” →